The strong inflation result puts additional pressure on the RBA to move on rates.

A rate hike may trigger an earlier than expected decline in prices outside of Sydney and Melbourne.

However there is no expectation of a material rise in distressed listings.

Mortgage distress should be minimised to some extent by mortgage serviceability assessments at the time of the loan origination.

The Reserve Bank of Australia is under increasing pressure to raise the cash rate after headline and underlying inflation posted a stronger than expected result in Q1.

Concerns about the impact of inflation and potentially rapidly rising interest rates on the property market abound, but a myriad of micro and macro factors should be considered when weighing up the risk to housing values and possible mortgage stress.

The strong inflation result puts additional pressure on the RBA to move on rates, particularly now that the underlying inflation rate is beyond the 2-3% target.

While there are some potentially more transitory drivers of these high inflation numbers, such as fuel prices, other factors such as the high cost of new dwellings, rising rents, and education costs take longer to have an impact. 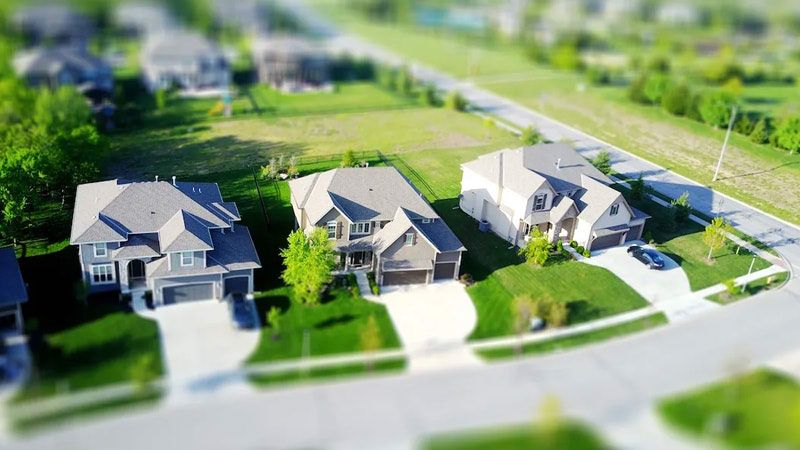 Considering the underlying inflation reading is likely to remain above the lower threshold of the 2-3% target range, the RBA is facing mounting pressure to lift rates in the coming months.

As we’ve noted in previous research, looking at the data historically suggests an inverse relationship between cash rate movements and property price movements.

New demand for mortgages is expected to decline against a lift in the cash rate, adding further downwards pressure on the rate of housing price growth and prices later this year.

Impact of early and rapid rate hikes on house prices

Even before the official cash rate target has been increased, a lift in average fixed mortgage rates, affordability constraints, lower consumer sentiment, and higher levels of supply have started to put downward pressure on property prices, which have already started to slip across Sydney and Melbourne, down -0.2% and – 0.1% respectively in March.

Preliminary readings from CoreLogic’s daily HVI point to another monthly fall in housing values across these two cities in April.

A rate hike may trigger an earlier than expected decline in prices outside of Sydney and Melbourne, which can have a flow-on effect for other cities to follow.

The RBA noted in their financial stability review that a 2- percentage point rise in interest rates could see real housing prices fall by 15%. 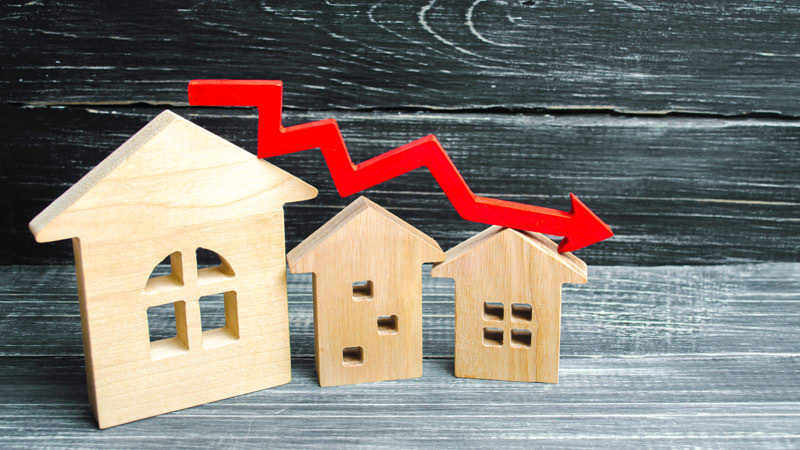 CoreLogic’s Research Director Tim Lawless says under this scenario, based on the where national housing values were at the end of March, a 15% drop in values would take housing values back to levels similar to March 2021.

A larger fall of 20% could take national housing values back to similar levels as June 2017, while a smaller 10% drop would see values at levels similar to June 2021 and a 5% drop back to September 2021 levels.

However, the scenarios play out very differently across the capital cities, Mr Lawless notes.

“In markets where housing values have been rising faster, such as Brisbane and Adelaide, a 15% decline would take housing values back to July and August 2021 levels respectively,” he says.

How quickly and sharply can prices fall?

The extent of any housing downturn will be dependent on where rising interest rates land, but also on a variety of other factors.

Since the late 1980s, Australia has experienced national downturns that have ranged in severity from a 1.0% peak to a trough decline in 2015-16, a temporary correction following the first round of credit tightening via APRA’s 10% speed limit on investment lending, to an 8.4% drop in national values between late 2017 and mid-2019.

Despite the expected increase in mortgage rates, there is no expectation of a material rise in distressed listings being added to the market due to unemployment set to a trend below 4%, Mr Lawless says. 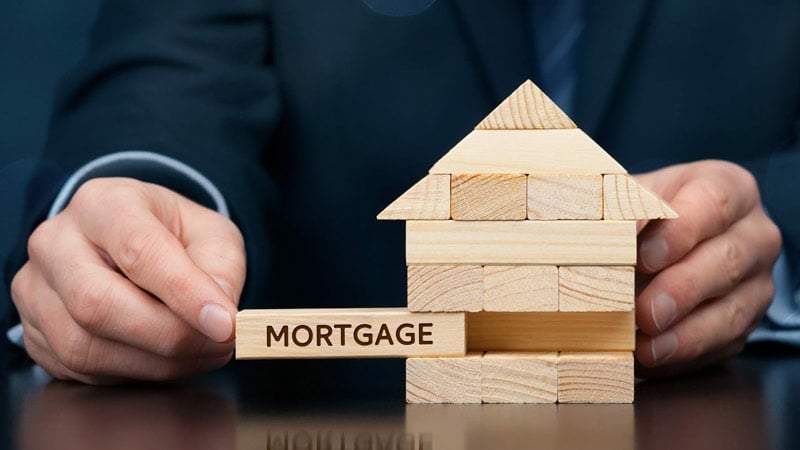 “The RBA has recently noted in their latest financial stability review the median repayment buffer for owner-occupiers with a variable mortgage rate had grown to 21 months of scheduled repayments in February 2022, up from 10 months at the start of the pandemic,” Mr. Lawless says.

“With a two-percentage-point rise in interest rates, the median repayment buffer would reduce back to 19 months, which is still substantial.

Another factor helping to offset the downside risk is the rise in borrowers who have taken on fixed-rate mortgages.

A larger portion of borrowers on fixed-rate mortgage terms should provide some insulation to rising variable mortgage rates, at least until their fixed term expires, at which time there could be a refinance shock.

The RBA has also pointed out that non-performing housing loans comprised only 0.9% of the mortgage portfolio at the end of last year, which is below pre-COVID levels. 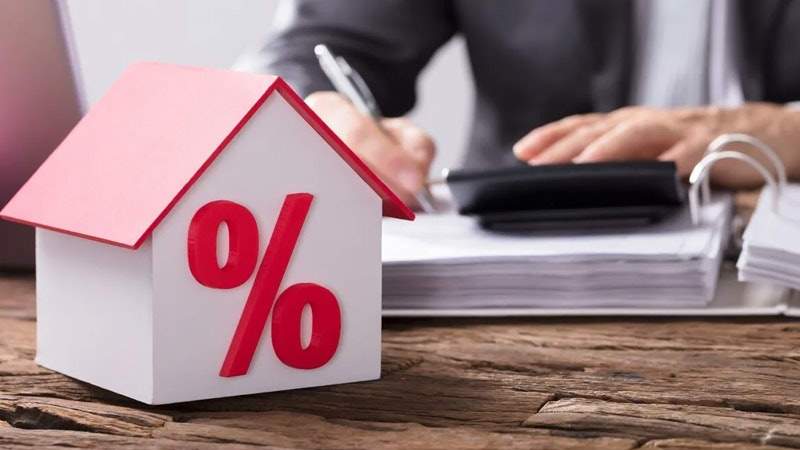 Additionally, almost all the borrowers who took advantage of lender forbearance provisions during the pandemic are back in line with their repayment schedules.

Furthermore, APRA data on quarterly residential property exposures also highlights that the portion of outstanding loans 30-89 days past due was sitting at a recent low of 0.4% through the end of 2021, half of the portion reported in March 2020.

Households that have smaller or no savings buffers built up could be more vulnerable to mortgage distress as interest rates move higher, however, a trend towards materially higher mortgage arrears or default would need a catalyst of worsening labour market conditions and higher rates of unemployment.

“With labour markets so tight, and likely to tighten further, the risk of higher unemployment remains low,” Mr. Lawless says.

“Additionally, a more substantial rise in wages growth amidst such low unemployment should also allow higher-risk borrowers to maintain their repayments.”

Mortgage distress should also be minimised to some extent by mortgage serviceability assessments at the time of the loan origination.

Under these serviceability scenarios, borrowers should be able to accommodate higher mortgage repayments costs, although such as rapid rate of inflation could create some challenges for borrowers with thinly stretched budgets.

ALSO READ: How long until mortgage rates climb as inflation hits an extraordinary 5.1%

About Eliza Owen
Eliza is head Of Residential Research Australia for Corelogic and a respected property market commentator.
Eliza holds a first class honours degree in economics from the University of Sydney