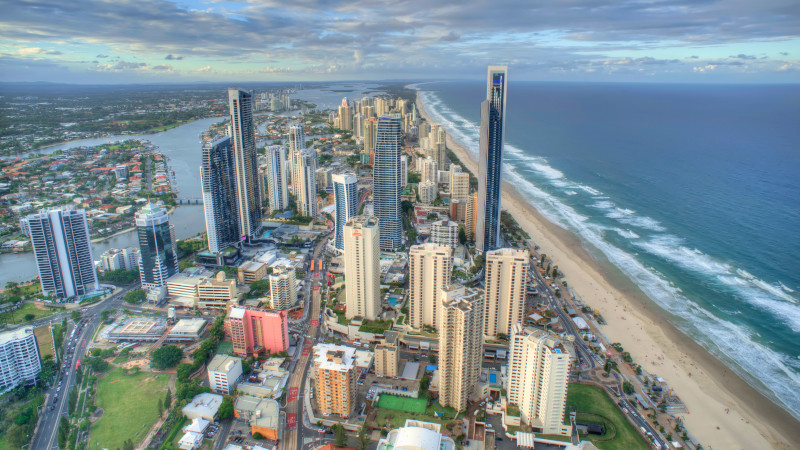 Suburbs up and down the Gold Coast have been among the nation’s biggest price gainers over the past year, but looking forward to 2022, some sub-regions have stronger potential for investment success than others.

Suburbs up and down the Gold Coast have been among the nation’s biggest price gainers over the past year, but looking forward to 2022, some sub-regions have stronger potential for investment success than others.

Research from buyer’s agency InvestorKit revealed that property market pressures on the Gold Coast are among some of the highest in the country, with home values accelerating significantly since the start of the pandemic.

Properties in the Broadbeach to Burleigh sub-region recorded a median house price increase of 38.2 per cent in the past year, followed by Coolangatta at 21 per cent and Surfers Paradise at 18.9 per cent.

InvestorKit founder and head of research Arjun Paliwal said he was expecting growth to continue in 2022, and be particularly strong in the first three to six months of the year, but he was not anticipating a repeat of the massive gains recorded in 2021.

“I do see momentum continuing over the first two quarters of next year, however what is apparent is two key trends across some of these sub-regions,” Mr Paliwal told Australian Property Investor Magazine.

“Those trends are a stabilisation of listing volumes, we aren’t seeing a huge decline in listing volumes any more, they are ticking up, and we are seeing a peak that’s been reached in terms of sales volumes.

“When those things start to happen, we do see a slowdown because sales volumes are not able to grow much more, and with listings creeping up they will eventually catch up to each other.

“However, right now, we are still anticipating the first quarter at minimum and potentially the second quarter of 2022 to still have some strong growth conditions, because all of these movements were done without much mobility in Queensland.”

“I don’t think the relocation trends we are seeing are going to slow down any time soon,” he said.

“While some workers will have to go back to a sense of normality, the group of people who I don’t think are going to go back to normalcy are those who are looking to move their retirement plans forward.

“I think that creates even more pressure than any sort of working balance change.

“It’s those age groups and segments who are more cashed up than any other groups of Aussies, who are able to actually bring their retirement plans forward.

While Mr Paliwal’s expectations were for further capital growth on the Gold Coast, he said not all of the in-demand region’s suburbs were strong picks for investors.

“When we think of some of the areas that offer the greatest opportunity for investors, Nerang was one of those sub-regions that stood out and the other one was Coolangatta,” Mr Paliwal said.

“It’s just a combination of the building approvals in the pipeline, balanced with how much capital growth has happened over the last 12 months versus what we think could be in the tank, and the balance of the rental market alongside the sales market strength.

“Nerang and Coolangatta are more well balanced across all of those factors, whereas some of the other markets suchs as Ormeau–Oxenford have a lot of housing in the pipeline.

“Some of the absolute coastal suburbs like Broadbeach and Burleigh have gained huge momentum over 2021, so it just makes those areas a little bit harder for the mass market to attain.”

In terms of downside risks, Mr Paliwal identified two factors that investors should be wary of.

“Number one is treating all asset classes the same,” he said.

“People are going to look at the Gold Coast, think of the location, realise the houses aren’t as cheap as everyone thinks they are when people consider Queensland, and they will make the mistake of jumping into apartments  or units just because they want to ride the wave.

“The second downside risk is people who are looking to buy an investment property on the Gold Coast are looking in their rear-view mirror of 20 per cent to 30 per cent growth and thinking that’s what lies ahead.

“It’s not normal for markets to do 20 per cent to 30 per cent growth in a year, and that’s not to say it can’t happen next year, but the main thing is that after missing out investors shouldn’t go growth chasing in an area that’s just had that, thinking it will repeat itself.”

Median house prices in Coolangatta rose 21 per cent over the 12 months to August, while units have grown by 16.9 per cent. The pressure within the rental market has led to a strong rise in median rents, too, up 10.4 per cent for houses, and 10 per cent for units annually. Investors can expect a medium-level rental yield of more than 3.5 per cent for both houses and units in Coolangatta, which are relatively well placed in the current low-rate environment.

Median house prices in Gold Coast – North increased 11.2 per cent while units grew just 5.6 per cent in the 12 months to August 2021. The average number of monthly listings for lease has been declining over the last 15 months, down 21.1 per cent and 11.3 per cent, respectively, for houses and units over the past year – indicating a high-pressure rental market. The vacancy rate is now sitting well below 1 per cent.

Median house prices in Ormeau – Oxenford experienced one of the lowest increases in the region, at 13.7 per cent, but capital growth still remains strong, overall. Meanwhile, unit prices increased by just 4.3 per cent. Increased rental demand in the area has led to a rise in median rents over the last year, up 6.5 per cent for houses and 7.5 per cent for units.

Median house prices in Surfers Paradise experienced some of the highest growth rates in the Gold Coast, with houses increasing 18.9 per cent and units rising 13.5 per cent. The monthly sales volumes for houses has increased 52 per cent and 72.7 per cent for units. The combination of rising prices, declining inventory, and drop in vendor discounting indicates Surfers Paradise is a high-pressure sales market.