In the final week of January, the ABS released the latest inflation figures for Australia over the December 2021 quarter. 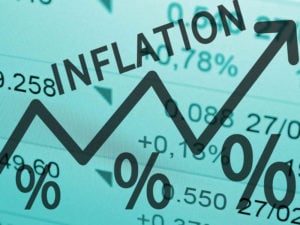 Inflation measures the change in the price of a basket of goods over time and is a good measure of how supply and demand pressures are playing out in the economy.

It has been one of the key economic metrics to watch out for in the housing sector because a rise in inflation could be the trigger for the Reserve Bank of Australia to lift the cash rate target.

The ‘trimmed-mean’ inflation figure (which strips out volatility from headline figures) is an important indicator of underlying inflation.

Trimmed-mean inflation was 2.6% in the year to December 2021, exceeding the latest RBA forecast by 35 basis points.

Figures 1.1 to 1.3 show ABS figures on annual inflation, trimmed-mean inflation, and the unemployment rate (where low unemployment can mean additional pressure on wages and inflation).

The graphs compare these actual figures with RBA forecasts over time.

The charts show forecasts revising higher, and suggest that the RBA has underestimated the speed with which the Australian economy would bounce back from COVID-19.

The implication is that if unemployment and inflation are recovering quicker than expected, a cash rate rise may also be sooner than in 2023 or 2024, which is what the RBA had been signaling.

The idea that the cash rate could rise in 2022 is gaining consensus.

Westpac, CBA, and AMP are each forecasting a cash rate rise in the third or fourth quarter of this year.

Market prices of cash rate futures are also strongly suggesting a move in 2022.

The strong results in inflation and unemployment have contributed to the decision to end the RBA bond purchasing program in February.

This was foreshadowed back in December, with the RBA suggesting bond purchases could be ended in February if inflation and labour force data was “better than expected”.

In the latest statement on the monetary policy decision, Governor Philip Lowe reiterated that it was too early to know whether inflation was sustainably in the RBA target range, meaning it is too early to be increasing rates.

The RBA may also wait for wage-price index publications, and some resolution in supply-chain issues related to COVID-19, before making a move on monetary policy. 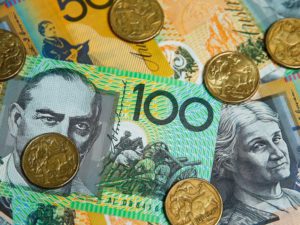 When the cash rate rises, housing values could experience some downwards pressure.

Testing the correlation between the cash rate and the national CoreLogic Home Value Index between January 2002 and January 2022 shows an inverse correlation of 84.7%.

Lagging the cash rate by up to a year increases the strength of the correlation, which suggests it takes some time for movements in the cash rate to have their maximum effect on the property market.

Consecutive increases or reductions in the cash rate will also play a role in the correlation becoming stronger over time.

However, there are periods where the relationship has not always held. 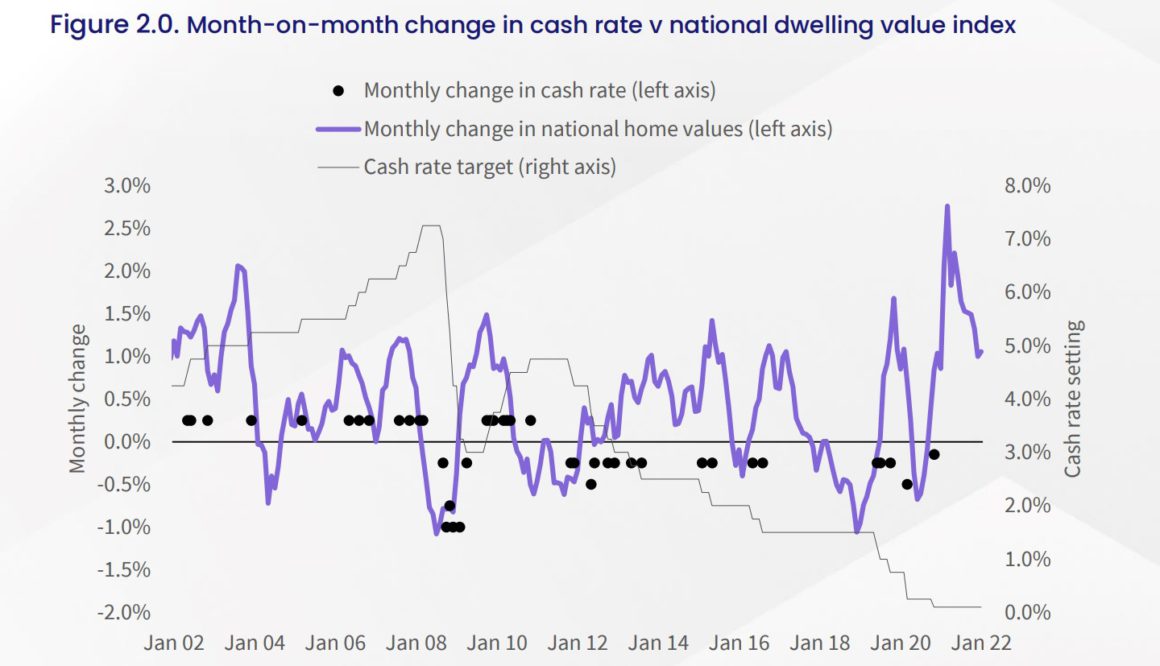 This is because a range of factors can influence housing market outcomes.

For example, the introduction of macroprudential credit policies in December 2014, and September 2017, resulted in some temporary downwards pressure on housing values. 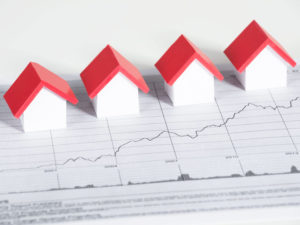 These became more significant as tighter credit conditions (associated with the Royal Commission into Misconduct in the Banking, Superannuation, and Financial Services Industry) flowed through to less credit availability and softer housing outcomes.

This downswing phase occurred despite the cash rate being held at historically low levels for the time.

It is reasonable to expect households would be more sensitive to the cost of debt when household debt levels are elevated – as they are currently.

RBA data to September 2021 showed the ratio of housing debt to household income reached a record high of 140.5%.

With this in mind, households are likely to be more sensitive to movements in the cost of debt than they have been in the past.

ALSO READ: The worst properties to buy in an uncertain market