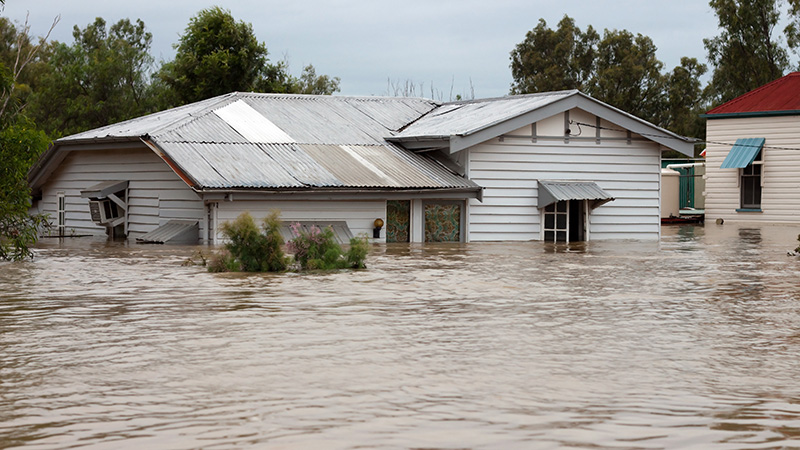 The insurance bill for floods in southeast Queensland and northern New South Wales is expected to surge into the hundreds of millions of dollars’ value, with thousands pondering whether they have sufficient coverage.

With the insurance bill for floods in southeast Queensland and northern New South Wales expected to surge into the hundreds of millions, the Insurance Council of Australia (ICA) on Monday (28 February) extended the Insurance Catastrophe Declaration it made on the weekend.

Since 21 February, insurers have received almost 15,000 claims from policyholders related to extreme rainfall in both states.

An ICA statement said it is too soon to provide an estimate of claims costs given the event is still unfolding and claims are still pouring in.

The ICA’s Catastrophe Declaration serves to escalate and prioritise the insurance industry’s response for affected policyholders.

Andrew Hall, CEO, Insurance Council of Australia, said personal safety should be the number one priority as this extreme weather event continues to impact communities along the east coast.

“It’s too early to estimate the insurance damage bill as many property owners remain in evacuation centres and flood waters continue to rise in many areas, or in others recede slowly,” he said.

“The insurance industry expects the number of claims to rise significantly as policyholders return to their homes and businesses.

“Insurers are already assisting policyholders, and stand ready to provide on-the-ground assistance as soon as it is safe to do so.”

Under the Catastrophe declaration:

Despite the potentially life-altering impact the loss of a home and all its contents can wreak, the Australian Bureau of Statistics estimates around 23 per cent of Australian homes have either no home or contents insurance.

Among the 90-95 per cent of owner-occupied homes in Australia that do have home building insurance, ICA spokesperson Lisa Kable said their surveys had revealed the vast majority of them may in fact be underinsured.

“Underinsurance and non-insurance can severely impede the speed and ability of individuals and communities to recover after natural disasters and total loss events,” Ms Kable said.

“In many cases, underinsurance is brought about from a lack of awareness of a number of elements, including owners not being aware of current rebuild costs to replace their property or contents, forgetting to update their policies after renovations and home improvements, or choosing a lower sum insured to reduce their premium.”

While flood cover is included in many policies, this is not always the case, and with some providers it may need to be added for an additional premium.

For anyone involved in a property transaction that coincides with floods or any other insurance event, questions can arise as to when ownership and property responsibility takes effect.

A spokesperson from the ICA said the contract of sale confirms when the risk of damage passes from the vendor to the new owner.

“As property sale contracts may be different, it’s important to have a solicitor, property settlement agent or conveyancer check the contract and determine when the buyer assumes responsibility for the property,” the ICA said.

“The time the risk passes between a vendor to a purchaser is key to determining the parties’ rights if the property is damaged between the exchange of contracts and the settlement.”

It is up to the purchaser whether they would like to ensure the property has a current home insurance policy with an appropriate value.

According to ICA, they may decide to purchase a policy at the time of signing a contract for peace of mind, despite when the contract or statutes determine ownership transfers.

Once residents have secured their own safety, thoughts will turn to assessing their insurance situation and just how much it can help ease the burden of property loss and displacement.

Flood cover will vary by insurer but customers should be determining whether they are eligible for temporary accommodation expenses, storage of contents, removal of debris, and damage from water and fallen trees.

The Queensland Government offers grants of up to $180 per person, to a maximum of $900 for a family of five or more, to eligible people experiencing financial hardship as a result of floods.

In New South Wales, residents affected by severe storms and flooding may be eligible for a state government Disaster Relief Grant.

According to the NSW Government, you may be eligible for financial support if all of the following apply: