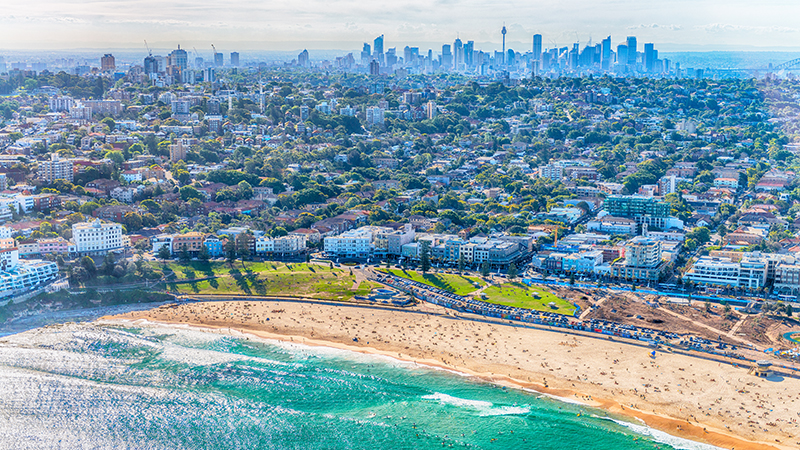 REINSW’s CEO Tim McKibbin welcomes Sydney’s new-found market stability and weighs up the potential impact of construction costs, an election and interest rates on the market.

There’s no denying it: the Sydney market is cooling. Be it the impact of the election, the fallout from the floods or perhaps most likely, the natural market cycle playing out, the New South Wales residential market has settled into a steady place.

Price growth has moderated but declines in the median price of a fraction of a percentage point should be viewed in context. This context much include the double-digit price growth most vendors experienced in 2021.

Still, a steady market without price heat means buyers can take the opportunity to take their time, knowing FOMO is not currently a factor in purchasing decisions.

Meanwhile vendors, on the whole, are not being short-changed. Reasonably priced properties are attracting strong interest and good prices. Steadily increasing interest from investors is having an impact.

A stable market can offer investors comfort and boost confidence. There’s no need to over-extend and property is a long-term play anyway. But as ever, it’s important to consider what the future may hold, and a few key variables will have an influence.

They may be deterred, however, by the lack of availability of properties to buy. It’s true that NSW has seen an influx of listings in 2022 but it’s not true for all local markets.

In any event, the volume of housing being built loses ground to the number of dwellings needed in the state year-on-year to keep up with population growth, and this constrained supply is being compounded by spiking construction costs which may stifle the feasibility of new developments.

This is the highest annual growth rate on record, outside of the introduction of the GST. In Q1 this year, the index shows the quarterly growth rate “reaccelerated” to 2.4%, more than double the 1.1% figure for Q4 2021.

In NSW, supply is the key solution to the affordability issue, and rising construction costs present another supply challenge the market doesn’t need.

Housing affordability is an issue many people feel strongly about, and which affects many communities across the state, but it’s also an issue too often cynically elevated by politicians only when there are votes at stake.

This election, it’s difficult to separate the policies of the major parties. Through the work of the Real Estate Institute of Australia, both Labor and the Coalition have affirmed bipartisan support for negative gearing, which should reinforce investor confidence.

Similarly, there appears to be agreement on the first home buyer deposit scheme. Obviously first-home buyers need all the help Governments can provide but solutions focused solely on the demand side of the equation risk pushing prices further out of reach.

On face value, there seems little to suggest, irrespective of who wins Government, that much will change in the affordability stakes in NSW any time soon.

Rates on the rise

As at the end of April, there’s a possibility the Reserve Bank will raise interest rates as soon as May.

A few months ago, such a scenario would have seemed far-fetched. And if it doesn’t happen in May, borrowers will face the same possibility in June.

Context is important here as well. The official cash rate is 0.1 per cent. Many rates available to investors start with a “2”. Lenders will apply a buffer in calculating borrowing limits though seasoned investors will apply their own as well.

Even in the context of a rate rise, or several, the relative cost of finance for an investment property remains historically low.

The imminent prospect of a rate rise is unlikely to deter investors preparing themselves for a purchase.

The REINSW is about to embark on our annual Roadshow tour of regional and metropolitan locations around NSW. We all know the trend: regional markets have seen demand for properties to buy and rent skyrocket through the pandemic.

But like Sydney, each market is different, there are local factors at play, and it’s always a valuable experience to hear from local agents at the coalface.

REINSW has been vocal in calling on local Governments across the state to lift their game in the supply arena. Many markets have been unable to cope with the influx. Some regions are putting plans in place while others are dragging the chain.

Those leading the way will be worth keeping an eye on, even if tangible action in the form of new supply takes longer to materialise than is ideal.