Sydney’s western suburbs have clearly reported the highest number of houses sales over January at 487 followed by the South West 277, the Upper North Shore 111, and the South with 110. 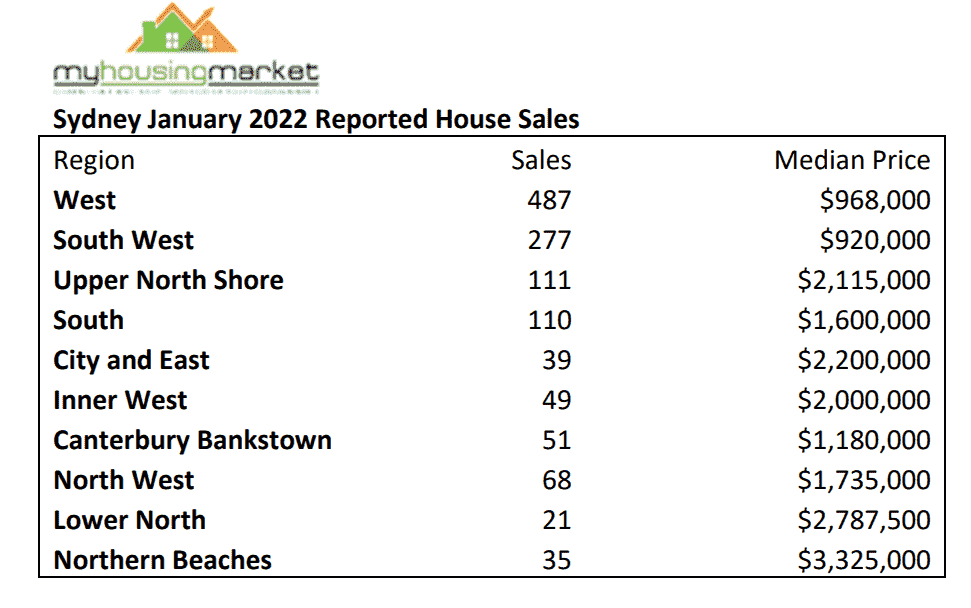 Although current median house prices in the popular West and South-West regions are just under $1,000,000, they remain well below those recorded by Sydney’s inner suburban regions. 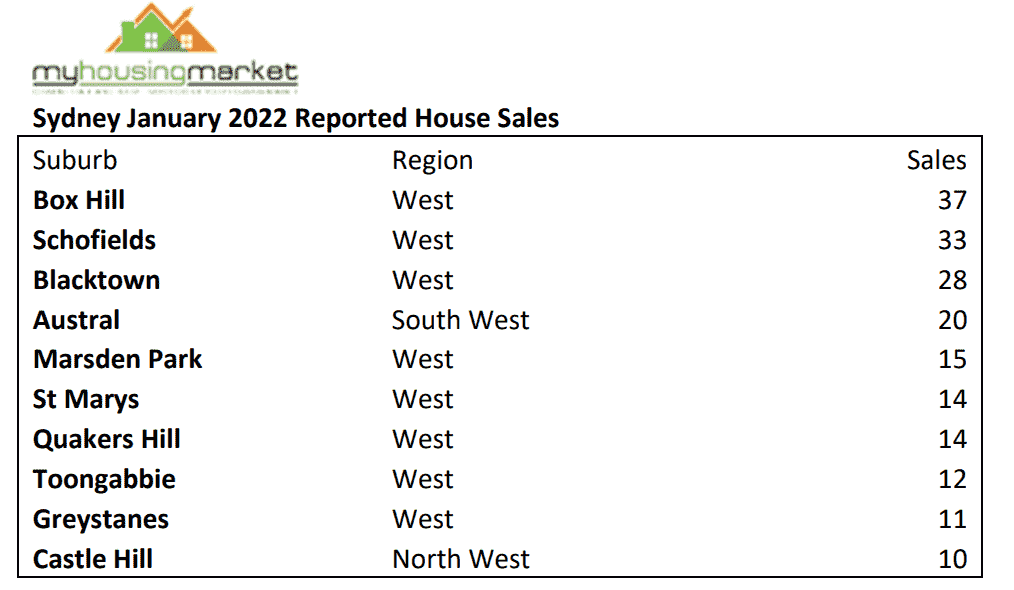 The top Sydney suburbs for house sales reported over January are Box Hill, Schofields, Blacktown, Austral, and Marsden Park – all in the West and South West.

ALSO READ: These suburbs joined the million-dollar club in Sydney