Nationally, dwelling rents increased by 9.4% over the 2021 calendar year.

Unit rents were up 7.5% over the year compared to the 10.1% lift recorded in house rents. 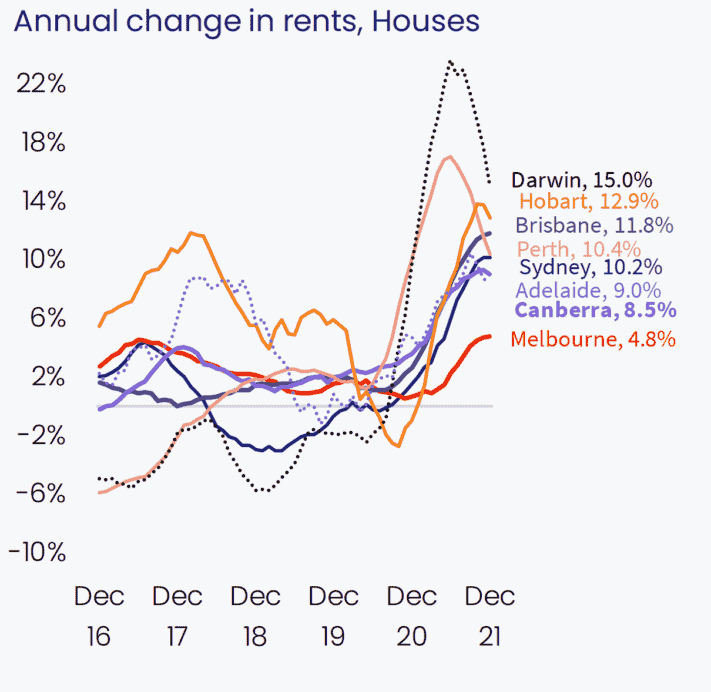 Rental growth trends across the unit sector have generally been milder than houses, with unit rentals being disproportionately affected by stalled overseas migration as well as domestic rental preferences shifting away from higher density options through the pandemic. 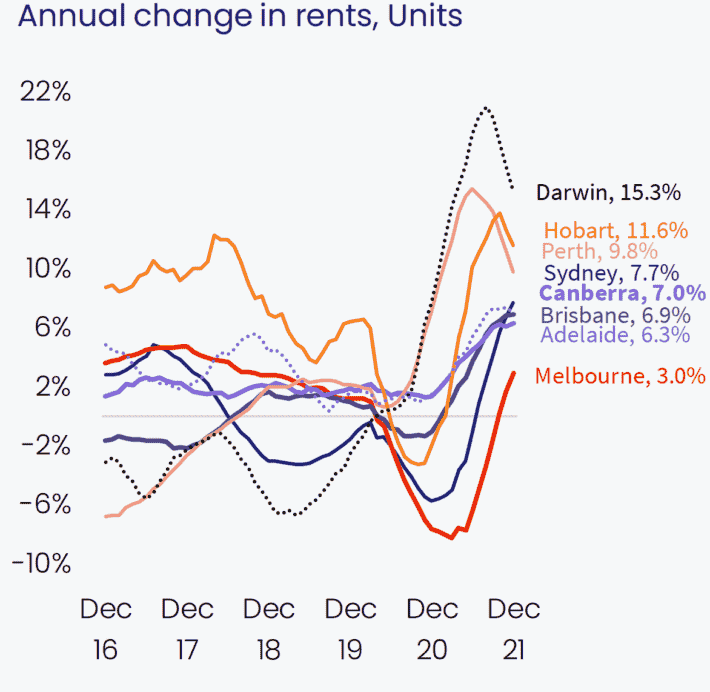 However, these trends are starting to change as rental affordability diverts demand back towards the unit sector.

In Melbourne, where unit rents fell by -8.5% between March 2020 and May 2021, higher density rental markets are now recording a faster rate of growth than houses, with Melbourne unit rents recording a 1.6% quarterly increase compared to the 0.9% rise seen in house rents.

The tightest capital city rental market over the year has been Darwin, where dwelling rents rose 15.2%.

Conditions have eased a little over the second half of the year, with annual rental growth moving through a peak of 22.3% over the 12 months ending August.

Although rents have surged across the northern most capital, Darwin’s rental index remains 7.6% below its 2014 peak; a legacy of the 26.3% decline in rents recorded between March 2014 and December 2019.

With national housing values recording an annual rise of 22.1% compared with a 9.4% rise in rents, rental yields have decreased as a natural consequence.

The lowest yields, by some margin, remain in Sydney (2.4%) and Melbourne (2.7%), however, with the exception of Perth and Darwin, every capital city is recording record low yields. 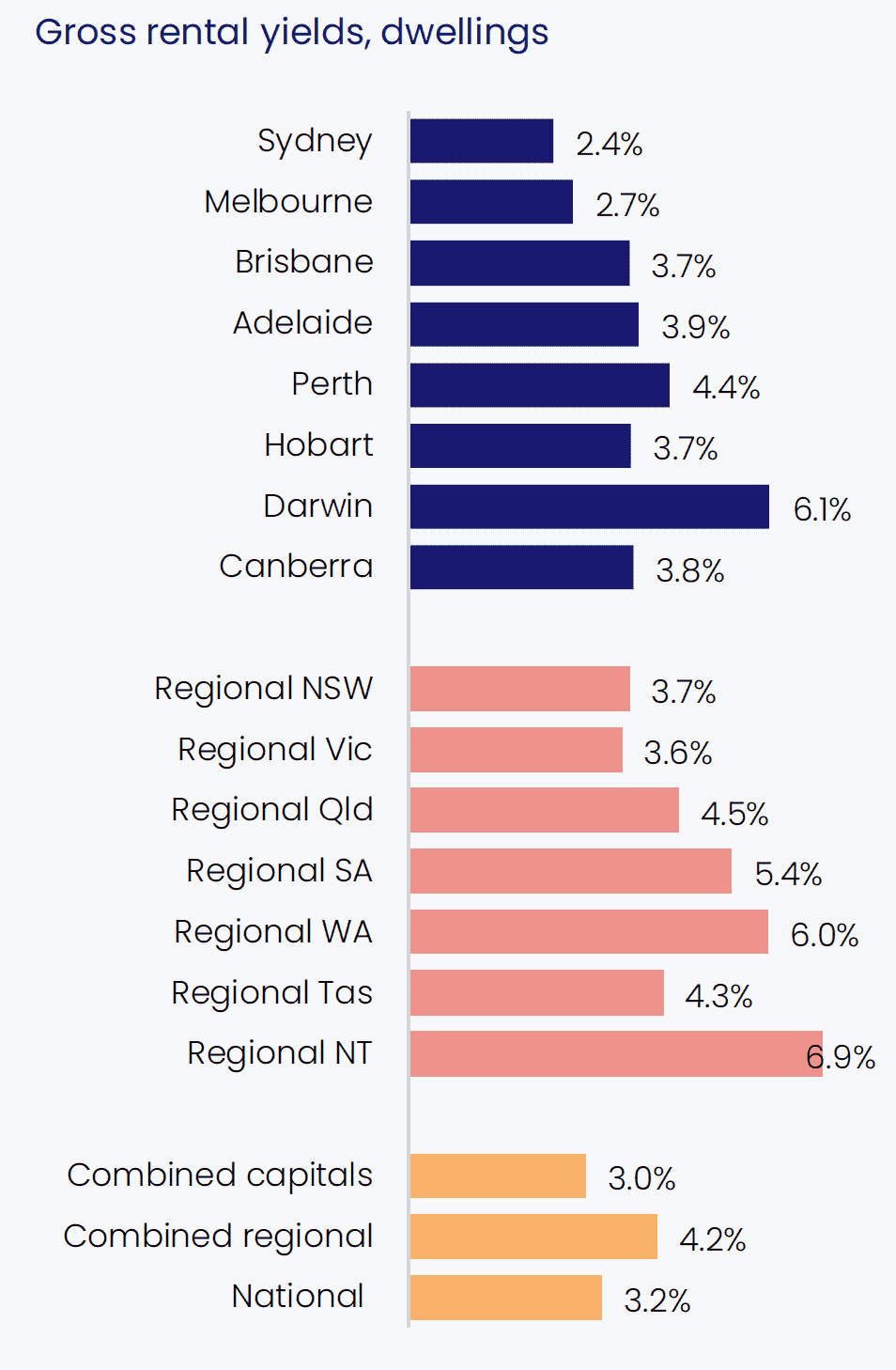