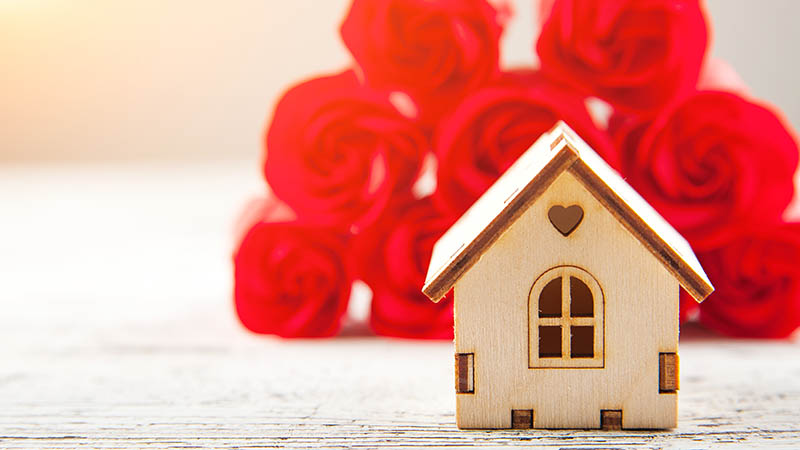 Valentine’s Day is done and dusted for another year and non-romantics are breathing a sigh of relief that their news feeds are no longer clogged with declarations of love and puppy memes. Unless, of

Valentine’s Day is done and dusted for another year and non-romantics are breathing a sigh of relief that their news feeds are no longer clogged with declarations of love and puppy memes.

Unless, of course, they happen to be a landlord on the receiving end of the new trend for love letters from prospective tenants.

With rents rising and the national rental vacancy rate at a record low, aspiring tenants are pulling out all stops to woo property managers and potential landlords in order to secure a lease on a home.

Love letters written to the property manager, colourful pet CVs, gifts and offers above asking price are just some of the ways rental-seekers are striving to stand out from the crowd in a highly competitive market.

Shannyn Laird, Head of Customer Experience at :Different, said the shortage of available rentals meant prospective tenants needed to apply for several properties and many were finding creative ways to attract the attention of property managers and owners.

“With the current vacancy rate in Queensland, for example, we’ve heard of some home hunters applying for more than 15 properties before being successful,” Ms Laird said.

“We sometimes receive personal letters from prospective tenants, explaining in great detail why they would love to rent a particular home and some people have even created CVs just for their pets, with adorable photos of them too.

“These gestures can show a property manager or owner just how much the prospective tenant plans to take care of their home as if it were their own.”

In a landlord’s market, Ms Laird said securing a quality, long-term tenant – not necessarily the highest bidder – was often the primary goal for property owners.

“We have seen many instances where owners have turned down applicants willing to pay a higher rent and instead choose someone they feel is a better fit for the property, which is why adding a ‘love letter’ to the home can often help an applicant stand out.”

According to Domain’s Rental Vacancy Rate Report the national rental vacancy rate dipped to 1.3 per cent in January, the lowest since Domain records started in 2017.

Domain Chief of Research and Economics, Dr Nicola Powell, said the tightening rental market reflected a decline in the number of rental vacancies available across all cities.

“All cities are firmly in a landlord’s market, apart from Melbourne, however, if trends continue, it could join the other cities very shortly,” Dr Powell said.

“If conditions carry on in the same direction we’re likely to see competition and weekly asking rents continue to rise.”

All Australian capital cities, except Perth, experienced a monthly drop in vacancy rates in January.

Sydney dropped to 1.9 per cent, the lowest since March 2018, while Melbourne’s vacancy rate fell to 2.4 per cent.

In Canberra, the vacancy rate fell to 0.7 per cent and vacancy rates in Brisbane, Adelaide, Hobart and Darwin were all lower compared with previous years.

As availability continues to tighten, pent-up demand is causing rents to rise.

Capital cities, regional areas, houses and units all saw an increase in rents in the December quarter, culminating in the highest calendar year growth rate since 2007.

Brisbane is leading the charge on soaring rents with all other Australian capital cities, bar Melbourne, not far behind.

However, the news is not all good for property investors.

As national dwelling values climbed by 3.9 per cent in Q4 of 2021, rental values fell 1.9 per cent causing gross rental yields to dip to 3.2 per cent.

Sydney and Melbourne had the lowest returns of any capital, at 2.4 per cent and 2.7 per cent respectively, while Darwin had the highest at 6.1 per cent, followed by Perth at 4.4 per cent.

The gross yield in Brisbane was 3.6 per cent, down a further 0.1 per cent in January, compared to the previous month.

CoreLogic’s Research Director Tim Lawless said COVID restrictions, such as international border closures, and disruption to employment in industries with a relatively high proportion of renters, such as tourism and hospitality, have played a role in compressed yields.

Despite the fall in average returns, the outlook for property owners remains bright, with upward pressures on rents likely to kick in as renters are squeezed out of the market by a shortage of supply.

In the 12 months to January, the rent on a three-bedroom home increased by 13.5 per cent with the purchase price on the same property rising by 20.2 per cent.

More social and affordable housing could address social housing issues, according to a position paper released by Everybody’s Home, which makes the case to give people on low and modest incomes greater housing choice.

The paper lends weight to the argument for better pathways for private investors to participate in the social and affordable housing sector, enabling them to channel their funds into ventures that can achieve both capital gains and positive community outcomes.

Kate Colvin, national spokesperson for Everybody’s Home, said an investment in social housing was urgent and worthwhile, with the surging rental and property markets swallowing up ever larger chunks of household budgets.

“Some regions of Australia, such as Tasmania, or the NSW and Queensland coasts, have seen rents surge more than 20 per cent,” Ms Colvin said.