There’s no relief in sight for tenants with rents continuing to surge over January driven fundamentally by chronic shortages in rental accommodation.

The national weekly median asking house rent has increased strongly by 9.0% over the past year to $497, with a low and falling, January vacancy rate of just 1.5%. 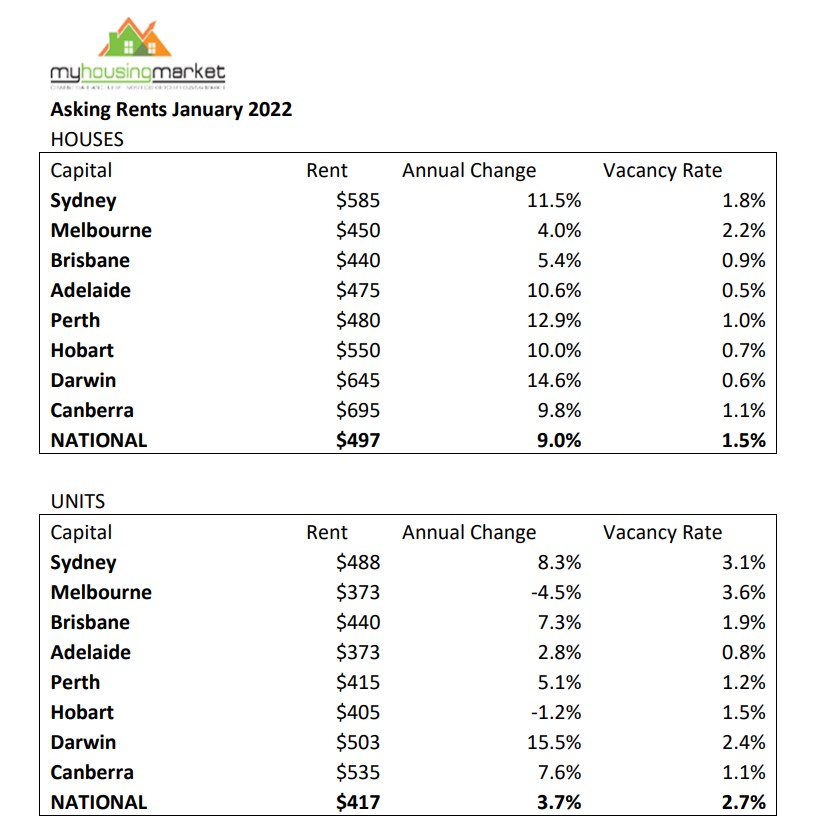 All capitals have reported significant increases in asking house rents over the year ending January 2022, with most remarkably recording double-figure growth.

Vacancy rates for houses are predictably low, with only Melbourne above 2% and with most capitals below or near 1%.

Canberra continues to record the highest capital city weekly house rents at $695 followed by Darwin at $645 and Sydney at $585.

Brisbane has the most affordable weekly house rents at $440.

What about apartment rents?

Although unit rentals haven’t recorded the sharp increases reported by houses over the past year, annual rents have nonetheless risen solidly.

Most capitals have reported increases in unit rents over the year to January, with Darwin reporting the sharpest increase — up by 15.5%.

Annual rents in Melbourne and Hobart however were lower by 4.5% and 1.2% respectively. 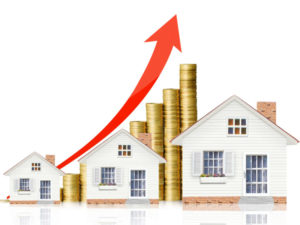 Most capitals have recorded low vacancy rates for units under 2% over January with the exception of Melbourne and Sydney still high at 3.6% and 3.1% respectively — although continuing to fall, and Darwin at 2.4%.

Canberra reported the highest weekly asking rents for units over January at $535, with Melbourne and Adelaide the most affordable each at $440.

Demand for rental homes can be expected to continue to increase over 2022 driven by recovering economies, a hopeful easing of covid restrictions and concerns, and the return of high levels of migration, and with higher rents to follow reflecting a clear shortage of rental accommodation.