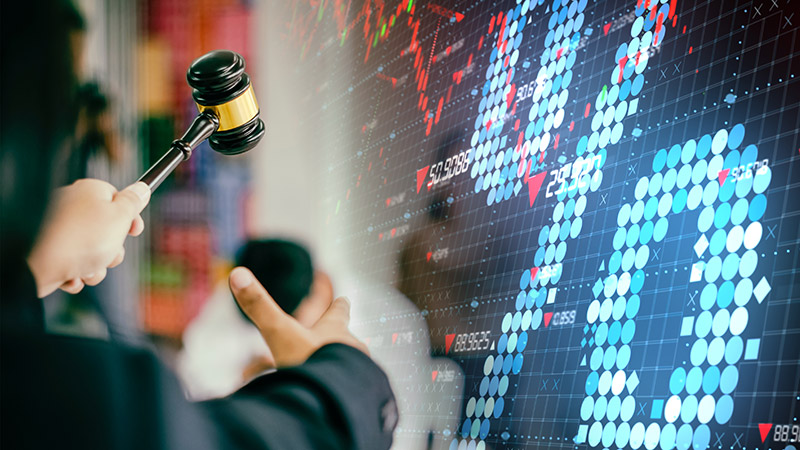 The RBA has kept rates steady at its 1 February Board meeting but prospect of eventual interest rate hikes has yet to impact an Australian property market that continues to see auctions running hot, prices taking off and stock levels diminish.

While the experts remain divided on the likelihood of the Reserve Bank of Australia (RBA) raising the official cash rate this year, property buyers are facing the prospect of higher debt servicing costs and reduced borrowing power if rates do head north.

The RBA has kept the cash rate steady at 0.10 per cent since November 2020, however, Westpac recently announced it expects the cash rate to reach 1.75 per cent by 2024 following a series of hikes, the first of which it is forecasting for August 2022.

RBA Governor Philip Lowe said the Board maintained the cash rate target at 10 basis points and the interest rate on Exchange Settlement balances at zero per cent. It also decided to cease further purchases under the bond purchase program, with the final purchases to take place on 10 February.

“Ceasing purchases under the bond purchase program does not imply a near-term increase in interest rates,” Mr Lowe said on Tuesday.

“As the Board has stated previously, it will not increase the cash rate until actual inflation is sustainably within the 2 to 3 per cent target range.

“While inflation has picked up, it is too early to conclude that it is sustainably within the target band.”

The nation’s experts remain split on whether the cash rate will rise before the end of the year.

The newly released Finder RBA Cash Rate Survey had 36 experts and economists weigh in on future cash rate moves and other issues relating to the state of the economy.

While almost all panellists (94 per cent) expect a cash rate hold in February, more than half (58 per cent) are predicting a rise this year. Just one in five experts expect it to happen in the first half of the year.

Graham Cooke, head of consumer research at Finder, said there had been a seismic shift in expectations of a rate rise in 2022.

“A rate rise this year has moved from an ‘impossibility’ to a ‘most likely’,” he said.

“With some lenders indicating multiple rises to come, Australian borrowers who purchased over the last few years of rock-bottom rates may be in for a shock when their mortgage costs start to climb.”

Canstar’s finance expert, Steve Mickenbecker, said when the rates tap was turned on it may be a while before it is turned off.

“When the Reserve Bank hits the button on cash rate increases, history shows that it doesn’t stop at one or two hikes, and usually results in at least a 1.5 per cent increase over 18 months or so.

“Westpac is this time expecting a 1.65 per cent increase in just over two years.

“When the Reserve Bank moves the cash rate up you can be sure the banks will move home loan rates up too, meaning higher loan repayments and for borrowers entering the property market or trading up, and this also means the capacity of incomes becomes stretched meaning they are forced to borrow less.

“Also anticipating higher rates, the Australian Prudential Regulatory Authority in October announced an increase to the loan affordability buffer from 2.5 per cent to 3 per cent, further accentuating the impact of interest rate increases.

“Many borrowers only remember interest rates falling, so a drop in borrowing power will come as quite a shock to buyers already facing the prospect of continuing runaway house prices.”

Market not listening – yet

The prospect of higher interest rates is doing nothing to subdue buyer activity, even as the major banks take the firsts steps towards raising rates independently of the RBA.

Brisbane is going gangbusters, rents around the country are soaring due to limited supply, and Sydney house prices surged by over $1,000 a day on average last year and this is value current vendors have already pocketed. Price increases may have moderated but they are holding firm.

Auctions are also showing no sign of losing steam.

This week’s results are the highest preliminary clearance rate across the combined capitals since the week ending 21 November 2021 (74.5 per cent), demonstrating a stronger start to the year, albeit on volumes that are still ramping up from seasonal lows.

Tim McKibbin, Chief Executive Officer of REINSW, said the market was likely to remain buoyant, if a little watchful.

“The spotlight on the Reserve Bank will intensify in coming months as inflationary pressures contribute to the discussion around an interest rate rise.

“More and more commentators are predicting a rate rise later in the year, which will most likely further moderate price growth.

Nevertheless, as long as demand continues to outstrip supply, a correction is unlikely.

“Consequently, we can expect the issue of affordability to remain unaddressed and more supply is the only solution.

“Tightening rental vacancy and increasing rents reinforce the point and while affordability concerns persist, rental accommodation is in short supply and some regional markets especially are unable to cope with increased demand.”

Annette Beacher of ausbiz said she was previously of the view that November 2022 would be appropriate for a rate rise.

“Now with inflation in the band and the unemployment rate reaching the RBA’s target a year ahead of schedule, it’s time to get moving,” Ms Beacher said.

Ben Udy from Capital Economics agreed, saying the RBA will end quantitative easing – a process where the central bank creates new cash to decrease, or ease, the cost of borrowing – in February.

“While the RBA has previously said that it would not raise rates until wage growth was at least 3 per cent, we think the strength in underlying inflation along with the tight labour market will convince the Bank to hike rates first in August and lift rates to 1.25 per cent by the end of 2023,” Udy said.