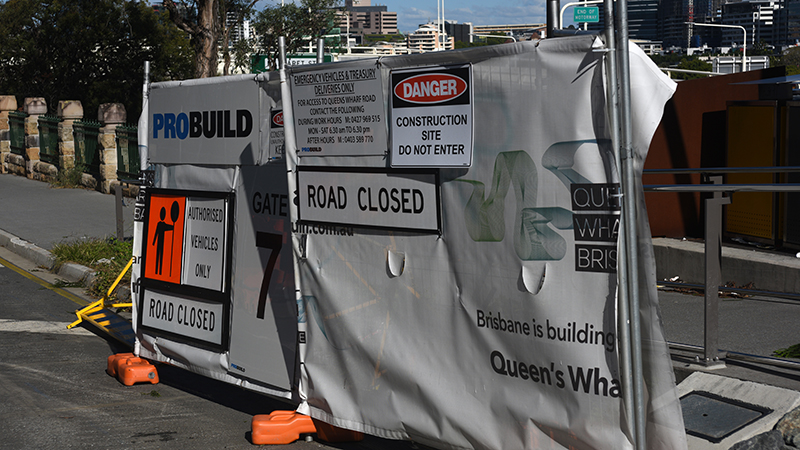 The Australian construction industry has been thrown into chaos following news of the imminent collapse of one its largest builders, Probuild.

The Australian construction industry has been thrown into chaos following news of the imminent collapse of one its largest builders, Probuild.

With an estimated $5 billion worth of projects on the go, administrators have been called in and workers have abandoned building sites around the country.

Probuild is managing at least a dozen major builds across Victoria, New South Wales, Queensland and Western Australia and its demise comes at a time when the country’s building sector is already on shaky ground.

The company builds offices, residential projects, and shopping centres, and was responsible for the expansion of Melbourne’s Chadstone shopping centre.

It has several projects across Melbourne, including the 430-apartment Caulfield Village, the future 18-storey headquarters of biotech giant CSL in North Melbourne, the 65-level residential tower UNO Melbourne and a 29-level Victoria University campus in the CBD.

Workers on site were told to down tools on Wednesday (23 February).

In a Probuild statement, it was confirmed Deloitte has been appointed as administrator after WBHO Australia was “abruptly informed” by parent company WBHO South Africa that all cash and securisation support would cease for the Australian arm.

Two other businesses under WBHO Australia – Monaco Hickey and WBHO Infrastructure – have also been placed into administration.

“Our immediate focus will be to undertake an urgent assessment of the entities’ financial positions and work with key stakeholders to stabilise the business and projects where possible,” he said in a statement.

“We will assess options to preserve value and engage closely with creditor groups and other stakeholders across the spectrum, including clients, employees, unions, suppliers, contractors and sub-contractors.

“We will also be commencing a sale and recapitalisation process in order secure a new owner for the businesses.”

AAA head Samantha Reece said she is getting reports from all around Australia that costs for materials and long delays in completing contracts have devastated the construction industry.

Ms Reece said owners of units and apartments have every right to be concerned about the status of off the plan sales and structural guarantees if major builders like Probuild are reporting financial difficulties.

“As usual, it may be apartment owners who have to foot the bill and we need to know where off-the-plan buyers are going to be left when all of this pans out.

“There is a conga line of builders out there who are in strife and Probuild’s problems may also spark the end of the line for many others in financial difficulty.

“It’s time for the relevant state governments to provide greater protection for apartment buyers and owners under these circumstances.”

The collapse of Probuild, which suffered a drop in revenue last year to $1.6 billion from $2.4 billion a year earlier, is by far the largest in a string of construction industry failures and would have a devastating wider impact.

WBHO last year resolved to withdraw Probuild from the Queensland and WA markets by July this year.

National security concerns were cited as the reason.

Probuild competes with the construction giants Lendlease, John Holland and Multiplex for major projects and its demise will seriously weaken competition and the country’s building capacity on major projects.