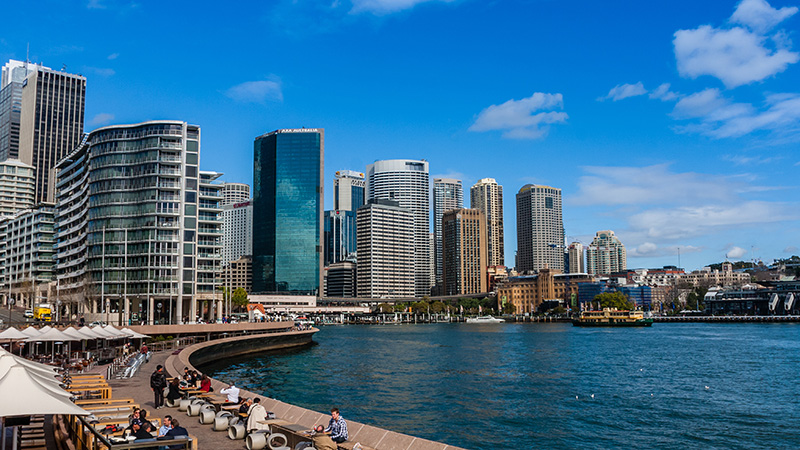 Offices around Australia still remain largely empty but the latest occupancy rates suggest there’s a pulse returning to capital city CBDs.The number of Australians working from the office has bounced

The number of Australians working from the office has bounced back to pre-Omicron levels, according to the Property Council of Australia’s latest office occupancy survey.

Perth retains the highest office occupancy rate, at 55 per cent, but mask mandates there and the recent border opening have seen its office market retreat.

While every other state recorded a bounce back in the number of office workers returning to the city, Perth went backwards. The others, however, are coming off a very low base.

Property Council’s NSW Executive Director Luke Achterstraat said the fast turnaround increase from 7 per cent in January to 18 per cent in February was a clear indication that Sydney was on a road of recovery.

“Following on from the past two years, 2022 will be a crucial year to remind workers the importance of collaboration, networking and company culture,” he said.

“Contrary to many predictions, the office is not dead, in fact it’s even more in-demand than previous reports with last month’s vacancy rates remaining steady at a globally enviable 9.3 per cent.

“There is still a long way to go and there are local factors affecting Sydney, but these figures are a strong start which we expect to accelerate in March, as more businesses reopen their offices.”

The survey of office owners released Tuesday (8 March) found Melbourne’s CBD reached 15 per cent occupancy, while Canberra achieved 21 per cent. These levels have not been seen in those capitals since June 2021, when occupancy was at 26 per cent and 72 per cent respectively.

While Covid has wrought havoc on office landlords, the industrial and logistics property sector has attracted record-breaking investment levels.

“With a slew of companies, including Google and CBA, announcing they are encouraging employees back into the CBD for a hybrid model of work, many believe this will still continue to have a large impact on the commercial sector including retail and hospitality venues, as well as office leases.

“While it might be easy to assume that investing in a CBD commercial property would be a fool’s errand during this time, office buildings in CBD areas are actually set for the biggest growth in the next six months to a year,” she said.

Property Council WA Executive Director Sandra Brewer said the latest occupancy results were a major blow to the Perth business community, who had been diligent in following government directions on the expectation that WA’s re-opening would be free of restrictions.

“For two years, businesses across the state have managed staff shortages, supply constraints, a total pause on tourism, rolling restrictions, vaccination requirements and mask mandates, under an assurance that compliance would mean a quick transition to living with Covid,” Ms Brewer said.

“Instead of benefiting from learnings on the east, we are now experiencing a replication of the economic damage we sought to avoid.”

“The occupancy figures demonstrate that despite strong urgings, people remained deterred by other policy restrictions, she said.

The backward step for the commercial sector was in stark contrast to the booming Perth residential market.

“To paraphrase Health Minister Amber Jade Sanderson, we have, in all but name, lockdowns in our CBD – it’s essentially lockdown by policy,” Ms Brewer said.

Property Council chief executive Ken Morrison said nationally there was a long way to go and local issues would continue to impact decisions about returning to CBD offices.

“Occupancy really bottomed out in January because of the Omicron wave and holidays, so it’s heartening to see such a significant turnaround just one month later,” he said.

“There is still a long way to go and there are local factors affecting each city, but these figures are a strong start that we expect to accelerate in March, as more businesses reopen their offices.”