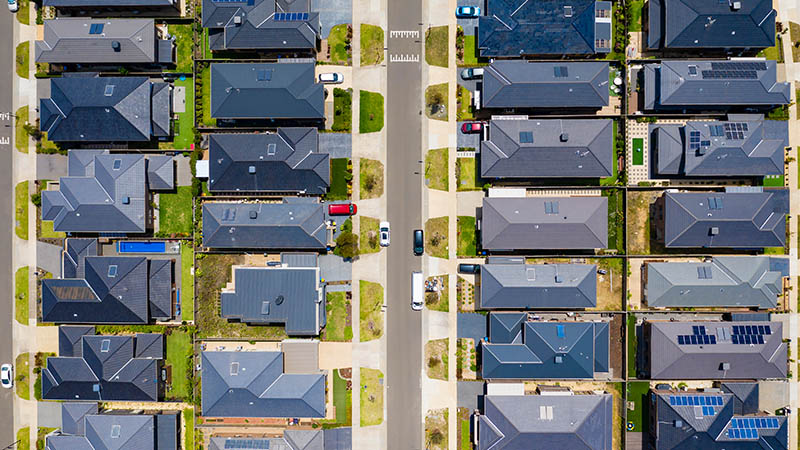 More Australians are borrowing more money at higher levels of debt to income than ever before.

More Australians are borrowing more money at higher levels of debt to income than ever before.

New home loan commitments hit a record high in December 2021, according to data just released by the Australian Bureau of Statistics.

These new loans are coming at a time of relative low wage growth and are chewing through a higher proportion of income than any previous generation.

The value of new loan commitments for housing in December reached $32.81 billion, up 4.4 per cent from the month prior, and 26.5 per cent from December last year. Victoria the strongest growing state, increasing by 5.2 per cent.

Mr Groves said investors remain confident in property markets across the country as demonstrated by their buying activity.

“A record $10.3 billion in investors loans were issued in December 2021 with the strongest investor loan growth in Victoria, New South Wales and ACT,” he said.

“However, as demand for the more affordable cities grows, we should see strengthening investor and owner-occupier momentum in Brisbane, Adelaide and Perth, where rental shortages are positively impacting home prices.”

Loan commitments increased for owner occupiers and investors, while first home buyer activity rose marginally for the second month in a row.

“While loans to first home buyers increased, over the year we have seen a dramatic reduction of 21.5 per cent, reinforcing the need for governments to address housing supply and affordability for first-time buyers.

With first homebuyers increasingly squeezed out of capital city property markets by soaring prices, there were some greenshoots, with lending to first time buyers rising by 5.3 per cent from the month prior to reach $5.67 billion in December.

The influx in buyers is buoyed by the rise in savings with the Australian Prudential Regulatory Authority (APRA) reporting household deposits increased by 10.70% over the year to December to a sizeable $1.23 trillion.

Canstar Group Executive, Financial Services, Steve Mickenbecker, said the lending figures could spell more trouble for those looking to get a foot on the property ladder rungs.

“The 4.4 per cent increase in lending for December confirms that the property market is red hot and likely to stay that way well into 2022, incredibly driving prices further up.”

“People have taken advantage of lower spending opportunities to build savings, with household deposits up 11 per cent for 2021 and cashed up Australians will be looking for a place to invest their savings and property remains a perennial favourite.

“December is the second month on the trot that has seen the owner occupier market up after five months in downward slide.

“Even first homebuyers have returned to the market after a long slide, no doubt viewing house prices and interest rates as low now as they are going to get.

“Investors have been left behind by first home buyers and upgraders in December, after their frontrunning through 2021, but investment lending is still a massive 74 percent up from a year ago.

“From today, there are no fixed rates below 2 percent for investors, making borrowing a little less attractive, but not enough to keep them out of the market.”

All states reported increases in lending activity over December with the exception of South Australia and Northern Territory, while Victoria and Western Australia reported the strongest results.

“The outlook for 2022 remains generally positive, although activity will unlikely match the record growth levels of 2021, reflecting the impact of sharply rising affordability barriers and the satisfaction of pent-up demand,” he said.