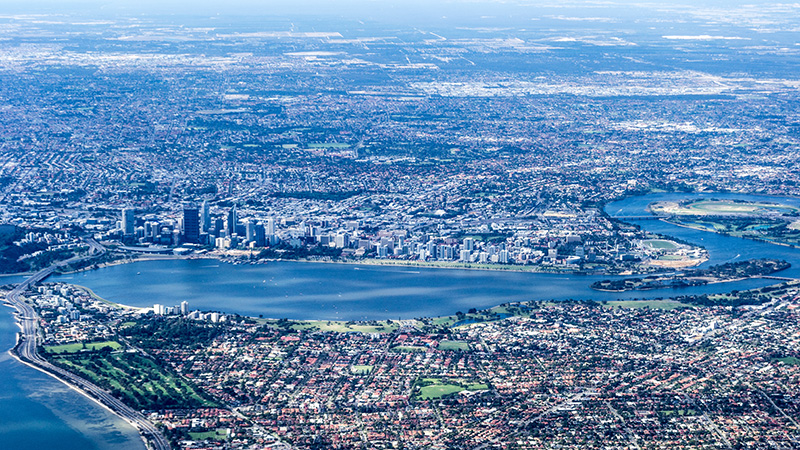 Perth is facing a land supply crisis that threatens to derail its affordability, prompting a peak industry body to issue a report addressing the critical housing shortage.

Perth is one of the most affordable cities in the country but that status is under threat, with the city having just six years of supply left in current major greenfield projects.

The Urban Development Institute of Australia (UDIA WA) has launched a report that sets out four key recommendations for the state to avoid a critical housing crisis.

UDIA WA’s CEO Tanya Steinbeck said Perth has an enviable lifestyle but will lose that position if action is not taken.

“The diminishing greenfield supply is exacerbated by low infield development yields that will fail to meet increasing demand at the current rate,” Ms Steinbeck said.

“Most infill development is just not stacking up for developers right now.

“Many projects have been put on ice due to critical worker and material shortages, coupled with a range of longstanding issues that challenge the delivery of quality infill development,” she said.

WA’s Minister for Lands John Carey said the state had avoided the worst of the projections about how covid would impact the economy and construction sector and added that housing reform was central to his government’s policy base.

“We do now face various factors; a skilled labour shortage, the closure of international borders, which was the right decision but obviously had consequences for skilled labour; we have supply chain issues caused by a variety of factors, including the war in Europe.

“So, we do face issues, and it’s how we address these issues, but also look to the future.

“We’re spending $2.4 billion on housing and homelessness over the next four years and announced the biggest injection in social housing, which increased $875 million.

“It provides a route to those who are most vulnerable but also for the private housing sector, it adds to the overall housing supply,” Mr Carey said.

Perth now finds itself balancing the environmental needs of the metropolitan area with the urgent requirement of more land parcels.

Two thirds of all urban deferred zoned land across the Perth and Peel Metropolitan regions is designated as Bush Forever sites, and 85 per cent of urban deferred land contains some catchment coverage of a Threatened Ecological Community (TEC).

Col Dutton, UDIA WA President, said it was a concern that while infill development is already lagging behind strategic planning targets, the majority of infill delivered to date has mainly delivered single dwellings.

This is confirmed by ABS data which shows that since 2011, apartments have provided 13 per cent of all dwelling approvals.

“Greater facilitation of medium and higher density development through the strategic planning and planning policy framework is urgently needed.”

In addition to the current housing construction challenges, there remains very little capacity in the rental market and population pressures will only continue to add a burden on the supply of housing.

The recent 2022/3 State Budget flagged the return of overseas migration as driving further demand for housing, with the annual level of housing investment set to stay at, or elevated above, the $8bn invested in 2020.

Lot sales continued to strengthen throughout 2021 and into 2022, exacerbating the strain on the supply of materials and labour.

A January 2022 survey of UDIA members found that more than 80 per cent of development sector businesses were impacted by the availability and access to skilled workers.

Although most companies had vacant positions, they were not actively recruiting for all vacant positions due to the lack of available workers. As such, WA’s skill shortage is likely to far exceed the 66,500 vacancies reported by the ABS in February 2022.

The UDIA noted in its Housing Ready report that tight margins and a diminishing pool of builders has meant the apartment development market has been particularly exposed to construction cost pressures, resulting in around a third of apartment projects being placed on hold.

Beyond the immediate challenges, the diminishing pool of builders poses considerable longer-term risks and cost pressures for future development projects, it said.