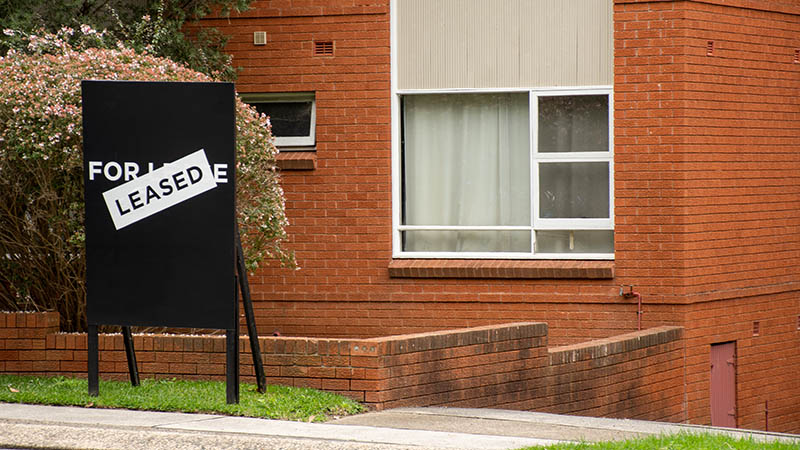 First homebuyers are bearing the brunt of a perfect storm of economic and regulatory variables that have enriched investors but are putting the property ladder out of reach for others.

First homebuyers are bearing the brunt of a perfect storm of economic and regulatory variables that have enriched investors but are putting the property ladder out of reach for others.

The Real Estate Institute of Australia (REIA) has called on the Federal Government to tackle first homebuyer affordability issues, with their lobbying coinciding with research from the University of South Australia (UniSA) showing government housing policies are not catering to younger generations.

The research noted that 68 per cent of Boomers owned their own home by age 30-34 compared with just 50 per cent of Millennials in the same age bracket.

Forecast higher interest rates will further test the budgets of younger buyers but the threat of rate hikes is doing to nothing quell the market.

After years of stagnant wage growth, economists had been predicting wages would rise by more than 2 per cent during 2022 but while inflation is moving upwards, Omicron is threatening to stifle any increase to pay packets.

Underemployment remains a major issue for younger Australians, many of whom are locked into casual jobs that put property finance out of reach, while rapidly rising rents have undercut their ability to save for a home deposit.

In their new research paper that explores generational differences in property tenure in Australia, UniSA housing experts identified an inequitable distribution of housing among older and younger people.

The study showed that older generations – Silent Generation (aged 77-97) and Baby Boomers (aged 58-76) – hold the lion’s share of housing properties which, by default, locks out their younger Millennial (or Gen Y) counterparts (aged 21-41).

Over three census periods (2006, 2011 and 2016) researchers found that 80 per cent of older generations were long-standing homeowners compared to only about 50 percent of Millennials.

It’s a situation that’s exacerbated by Australia’s soaring house prices, where recent reports indicate Australian home buyers paid an average of $1,066,133 to secure a home over the past year (a national increase of 25 per cent).

Lead researcher, Dr Braam Lowies said aside from the massive financial constraints, the research highlights how government policies designed to protect one generation can hinder another.

“Owning your own home has always been the great Aussie dream but each year this dream is becoming further out of reach for younger Australians,” Dr Lowies said.

“Australia has an ageing population, the majority of whom report a desire to ‘age in place’ – to live in the community with some independence, rather than in residential care and with growing support from the government – such as home support programs and home care packages – older people can do this with greater confidence and security.

“Yet on the other end of the age spectrum, Millennials are finding themselves locked-out of the market as the Silent Generation and Baby Boomers retain a significant portion of the housing stock, much of which has considerable value and development potential due to its lot size and location.

“For Millennials, this limits their housing options, creating severe housing tenure inequalities and the consequence is that younger people are frequently compelled to revert to the parental home or the rental market – and this is despite government grants to support first homebuyers.”

“We have seen a dramatic reduction of loans to first homebuyers, with a staggering fall of 21.5 per cent over 2021, reinforcing the need for governments to address both housing supply and affordability for first-time buyers.

“We have also renewed our calls for Budget 2022 to make interest rates tax deductible for first homebuyers, even for a prescribed period of the loan, as is the case for property investors,” Mr Groves said.

“With more than 15 per cent of the population (3.7 million) aged over 65, and estimations that this will grow to 22 per cent (8.7 million) by 2056, the conundrum of one generation impeding another is not going away any time soon,” Rossini said.

“Having bipolar housing scenarios across generations is a demonstration of how the current system is unbalanced.

“It’s an unsustainable position and one that requires a review of current housing policy to deliver more refined and considered outcomes for all.”

A rise in inflation could be the trigger for the Reserve Bank of Australia to lift the cash rate target.

CoreLogic’s Eliza Owen, Head of Research and Tim Lawless, Research Director, this week published data that they concluded suggests the RBA has underestimated the speed with which the Australian economy would bounce back from COVID-19.

“The implication is that if unemployment and inflation are recovering quicker than expected, a cash rate rise may also be sooner than 2023 or 2024, which is what the RBA had been signalling,” they reported.

The idea that the cash rate could rise in 2022 is gaining consensus. Westpac, CBA and AMP are each forecasting a cash rate rise in the third or fourth quarter of this year. Market prices of cash rate futures are also strongly suggesting a move in 2022.

But any expectations first homebuyers have that this may signal an immediate slowing in house price growth may be premature.

When the cash rate rises, housing values could experience some downwards pressure but the CoreLogic duo said the correlation between rates and prices could have a lag time of a year.

If significant rate rises take a year to be implemented, this could mean property price hikes wouldn’t necessarily retreat until well into 2024.

For investors, the returns continue but for first homebuyers there’s little respite anticipated unless the REIA and UniSA’s researchers can convince the Federal Government to make some major interventions.