Failure is such an ugly word.

There are a lot of people who are doing it.

Maybe they know something the rest of us don’t know. 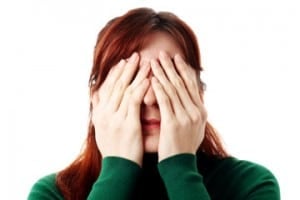 According to the U.S. Census there are approximately 49 million who live below the poverty line in America and another 53 million who are at or near poverty.

That’s a lot of people.

There must be something to failure.

So many people can’t be wrong.

I spent five years researching the daily habits of the rich and poor and I’ve accumulated an enormous amount of data on exactly what you need to do to achieve either long-term success or long-term failure.

I thought I’d share with you some of the habits that will help you succeed in failing.

These habits, once adopted, will stop success in its tracks and get you on the path to long-term failure.

Let’s not waste any time and get right to it.

Habits You Need to Adopt in Order to Succeed in Failing

– 97% of the poor in my study ate more than 300 junk food calories each day.
Junk food is very different from healthy food. Do not confuse the two. Junk food helps put on fat weight.
As a general rule, stick to anything with a lot of sugar and salt in it, or any food sold in a liqueur store.
You need fat weight for heart disease, diabetes, and strokes.
With a disciplined diet of junk food, in time, you’ll become disabled.
It’s hard to succeed if you’re disabled by obesity, diabetes, or heart disease.
Unfortunately, this strategy takes time. Poor health or disability does not happen overnight.
You need to be diligent in pursuing poor health goals.

That’s a lot of information, I know.

But failure is not an easy process.

You need to do certain, specific things every day to achieve failure.It requires as much effort and discipline as when you pursue success.

The good news is that, according to a famous London study, if you stick to these strategies for 66 days they will eventually become habits.

Now go out there and fail!