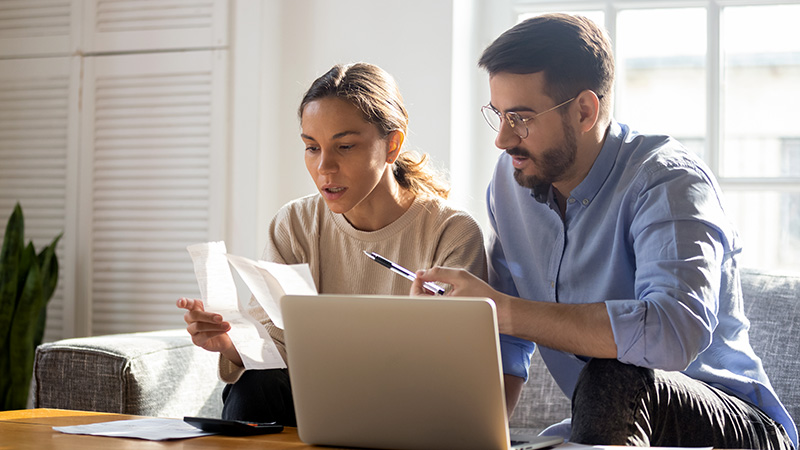 With the ever-increasing rises in everyday living costs and expenses Australian households will be tightening their belts as a new year resolution according to Canstar’s fifth annual Consumer Pulse Report.

With the ever-increasing rises in everyday living costs and expenses Australian households will be tightening their belts as a new year resolution according to Canstar’s fifth annual Consumer Pulse Report.

Coupled with the latest ABS Consumer Price Index (CPI) rising 0.8% in the September 2021 quarter, annually an increase of 3% for households, the national survey revealed the top financial concerns of Australian’s for 2022 were the price of groceries (14%), petrol prices (11%) and the cost of rent (10%).

Head of Prices Statistics at Australian Bureau of Statistics Michelle Marquardt said the most significant price rises were new dwellings up 3.3% and automotive fuel up 7.1%, fuel prices alone rose 36% since mid 2020.

“Construction input costs such as timber increased due to supply disruptions and shortages. Combined with high levels of building activity, this saw price increases passed through to consumers,” said Ms Marquardt.

“Prices are rising faster than wages, making it tougher to put food on the table and fuel in the tank.”

“The good news is that Australians are less concerned about job security and energy costs, with both issues knocked further down the list of concerns in 2021. This is likely due to the falling national unemployment rate falling this year from 6.4 percent in January to 5.2% in October and with energy prices also trending downwards.”

The report found almost a third of Australians are carrying on average $46,020 debt outside of a mortgage, a 52% increase (or $15,832) from 2020. Forty percent of this debt was accumulated this year alone.

Credit cards still remail the leading source of debt with Buy Now Pay Later (BNPL) debit on the rise with 25% of Australians carrying BNPL debt up 18% from twelve months ago.

“The proportion of Australians with debt only slightly increased by one percent, but those who are carrying debt owe a lot more than a year ago, spiking by nearly $16,000.” Said Mr Mickenbecker.

“Canstar’s results show 27 percent of Gen X and one in ten Baby Boomers with debt outside of a mortgage owe money on buy now pay later, reflecting an ongoing shift away from plastic towards interest-free payment plans.” He added.

However, its not all doom and gloom for 2021, one in five Australians entered the investment world and invested for the first time in 2021. Gen Z investing took the biggest leap with 34% entering the market followed by 27% of millennials, showing the younger generation are focusing on building for the future, especially during a pandemic, with interests in shares (80%), property (25%) and cryptocurrency (24%).

National Property prices have gone through the roof this year increasing by more than 20%, yet 18% of Australians see prices continue to increase and a further 44% expect pricing to plateau. This sentiment was also reflected in Australian Property Investor Magazine’s Q3 Investor Sentiment report showing almost 65% remained positive about the current Australian property market with 66% expecting prices to continue to rise.

“If the Australian dream of home ownership is to survive this decade, we need to slow investment lending by easing the brakes on now. If next year is another year like 2021, there will be a need to slam on the brakes.”