The arrival of the Commonwealth Bank into the green loan market looks set to shake up what has until now been a niche portion of the home finance landscape.

Discounted home loans for properties that meet exacting environmental standards have been offered by six smaller lenders for a year or two but the arrival of the Commonwealth Bank (CBA) into the green loan space looks set to shake up what was a niche market.

CBA became the first major bank in Australia to offer a green home loan, with rates starting from 1.99 per cent.

Of the seven lenders offering green mortgages, interest rates start as low as 1.88 per cent with loans.com.au, to 2.79 per cent with Regional Australia Bank.

“This is the lowest ongoing advertised variable rate we’ve ever seen from CBA, however, most borrowers are unlikely to meet the purposefully meticulous criteria.

“This product is primarily designed for new builds and renovations and as such the initial uptake will be limited, but with more Australians focused on building sustainable homes, the appetite for these loans will hopefully grow over time.

“The green home loan space has had a slow start in Australia, but with CBA now in the game more lenders are likely to follow,” she said.

To qualify for the loan, CBA customers must either have a certified Green Building Council of Australia (GBCA) Green Star Home, or meet a list of criteria including having a Nationwide House Energy Rating Scheme of seven stars or greater.

“The product is still in its infancy and we are looking to increase advertising spend to increase awareness around the green home loan.

“Firstmac have raised $750 million available for green home loans and to date the Firstmac Group, which includes loans.com.au, have received applications of $129 million.”

Having launched their green loan almost a year ago, Ms Mortimer welcomed the arrival of a so-called big four bank into the market.

“The entry of CBA into this space, as a fast-follower, amplifies the increased appetite of Australians opting to make their homes more energy-efficient and also raises awareness of green loans for early pioneers such as loans.com.au,” she said. 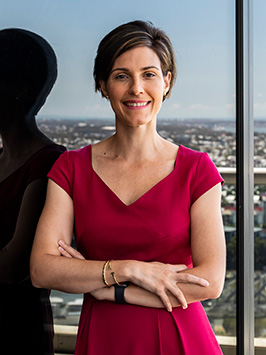 The loans were proving most popular among customers aged 40 to 60, she added.

Bank Australia has extended its green mortgage product to provide greater discounts for newer homes that are both energy efficient and generating their own renewable power.

The Eco Plus Clean Energy Home Loan incentivises newer homes that have a Nationwide House Energy Rating Scheme (NatHERS) rating of 7.5 stars or higher plus a solar system. Backed by investment of $30 million from the Clean Energy Finance Corporation (CEFC), eligible homes could be eligible for a discount of 0.30 per cent for up to five years on their home loan interest rate.

Bank Australia has funded more than 300 loans for energy efficient homes, representing more than 1 per cent of their total home loan portfolio.

“Our customers have told us how important action on climate change is to them and as we start to set net zero targets for the emissions from our lending, we know we need to keep innovating to incentivise the green homes of the future.”

Buildings account for about a quarter of Australia’s total emissions, largely from the energy they consume, and residential dwellings are responsible for 57 per cent of this, according to the Green Building Council of Australia.

The Climate Council recently slammed Australian homes as “glorified tents”, saying the nation’s properties were being left behind in the global race to become more energy efficient.

“Many Australian homes are damp, draughty, too cold in winter and too hot in summer and with inefficient appliances and poor thermal performance, residents are reliant on large amounts of artificial heating and cooling to stay comfortable,” a Climate Council report stated.

Australian building efficiency standards lag behind other major economies, with performance requirements for new homes at least 40 per cent less stringent than other developed countries with similar climates.

The Climate Council have lobbied against the use of gas in homes, arguing it is “expensive, polluting, unsafe and unnecessary”.

It said renewable electricity alternatives to gas appliances for heating, cooking and hot water are more efficient and cheaper to run, and that energy bills could be up to 80 percent lower if gas connections are removed from the home altogether.