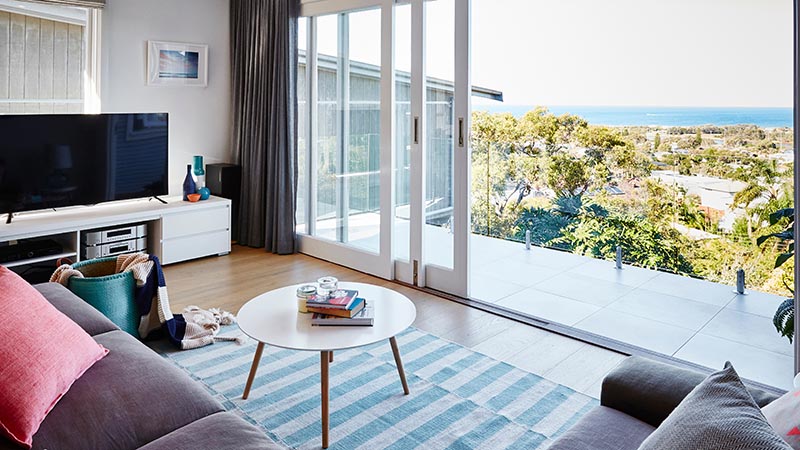 When it comes to the issue of downsizing from a larger property to a smaller one, the economy is doing what the government had previously been unable to encourage.

When it comes to the issue of downsizing from a larger property to a smaller one, the economy is doing what the government had previously been unable to encourage.

With the cost of living soaring and house prices having boomed over the past few years, many households, especially in the older demographic, find themselves ‘house rich’ but ‘cash poor.’

A growing number of Australians are planning to downsize their homes, with some hoping to access the stored wealth, according to new research by Finder, Australia’s most visited comparison site.

A new nationally representative survey of 497 homeowners revealed one in eight Australians – equivalent to more than 600,000 households – are planning to downsize to a smaller property in the next 12 months.

The research shows nearly 300,000 Aussies (5 per cent) want to downsize to less costly housing to unlock equity, while more than 200,000 households (4 per cent) are downsizing as they don’t need as much space as they used to.

The remaining 3 per cent (162,000 households) are downsizing – but just temporarily – to allow them to save money.

With interest rates expected to increase again this year and with living costs rising, it’s getting more expensive to own a home in Australia.

With the established housing supply in Australia being inaccessible for most young Australian families, the government hoped to encourage older Australians to give up their family homes and downsize, and introduced the Downsizer Superannuation Contributions Scheme in 2018.

The amended scheme currently allows people 65 years or older to make non-concessional super contributions from the proceeds of selling their home. The maximum contribution is capped at $300,000 per person or $600,000 for a couple. The contribution isn’t counted as part of contribution caps and is considered an after-tax contribution.

“Older Australians might consider downsizing if alternatives were available, however, a major barrier is fear this will impact a person’s pension.”

Seniors can even cash in on the scheme if the property they are selling is no longer their primary place of residence.

With only 22,000 older Australians utilising the scheme between July 2018 and May 2021 according to CoreLogic, the scheme missed the mark by a long shot.

During this year’s election, Scott Morrison announced that if re-elected, the scheme would be given a new lease of life in July 2022, by lowering the age threshold to over 55’s. An amendment that Labor has said they will support as well.

The proposed amendment would qualify a further 1.3 million Australian households for the scheme. However, the real question is, are eligible Australians motivated by the scheme?

How effective is the scheme?

A report by the Australian Housing and Urban Research Institute (AHURI) found older Australians are not motivated by the additional wealth that comes with downsizing.

“When such transitions do occur, they tend to be associated with life events that are not induced by, or associated with, policy settings; for example, health shocks that require a move into aged care,” the AHURI report said.

“Older Australians might consider downsizing if alternatives were available, however, a major barrier is fear this will impact a person’s pension,” they said.

“Unless this is addressed, pensioners will remain trapped in unsuitable housing, putting them at higher risk of injury and premature entry into residential care.”

On the flip side, Mark Macduffie, Co-Founder and MD of Downsizer.com, said their research shows approximately 40,000 households are planning to downsize in the next five years.

“Some of those households will be single occupants, some will be couples, so in total, we are talking about 2.4 million downsizers making this move in the short- to medium-term,” he said.

Mr Macduffie added that for those planning to downsize in the next five years, 71 per cent want to purchase a property that costs less than $1 million and 21 per cent are looking to spend $1-2 million.

“Downsizers typically want to be mortgage-free and also to release some equity,” he said.

Are the incentives worth it?

Besides the obvious benefit of a boost to the superannuation balance, older Australians are probably wondering what else is in it for them.

“If you speak to your financial advisor, you can find out how to make the most of the downsizer contribution by, for example, combining it with a contribution or top-up strategy,” Mr Macduffie said.

“We have calculated that the average net equity release that can be achieved by downsizing is $309,000 nationally and in some suburbs of Sydney and Melbourne, it’s substantially higher.”

However, Terri Bradford, Head of Wealth Management at Morgans, an Australian full-service stockbroking and wealth management network, said homeowners should approach the scheme with caution.

“The full value of a family home is exempt from both the income and assets test for social security purposes,” she said.

“However, any remaining sale proceeds (after a new home is purchased) will be assessable regardless of whether funds are contributed into super or not.”

“Therefore, a sale of the existing family home could actually result in the individual, or couple, losing some or all of their age pension benefits.

“If full benefits are lost, so too is access to the pensioner concession card.”

“Downsizing is a way to potentially lower your housing costs, if you can find less costly housing that still suits your needs but you have to be mindful of the costs involved in buying and selling, like stamp duty and real estate commission, because they can really erode the equity you’ve built up.”

Are seniors on the move?

Industry experts are seeing Gen Xers and Baby Boomers leading the way when it comes to downsizing in Australia.

“At the same time, however, 13 per cent are less than 60 years old and we would expect the percentage of younger downsizers to increase as the trend takes off and incentives are retargeted to include Gen X as well as Baby Boomers.”

Andrea Prindiville, a Project Lead with DUET Property Group, observed that older Australians are reimagining the way they are going to live.

“Many will never travel overseas again, so have bought a regional property and are buying bolthole apartments in the outer suburbs.”

Ms Prindiville said many from the Gen X cohort are planning for their downsizing move.

“We are noticing a lot of 50 somethings that are planning ahead for when their children finish university and leave home, by buying off the plan,” she said.

“They are really looking forward to having the lock and leave lifestyle at a young age to free up their weekends and also free them financially of family home mortgages.”

Danielle Diffen, an experienced Sales Representative with Edison McGrath, has been noticing similar behaviour, with Gen Xers and Baby Boomers increasingly enquiring about smaller houses on smaller pieces of land.

“Green titles still giving them total autonomy in regard to decisions around their property,”

“Many are putting in a lift, futureproofing their ability to live independently for as long as they can.”