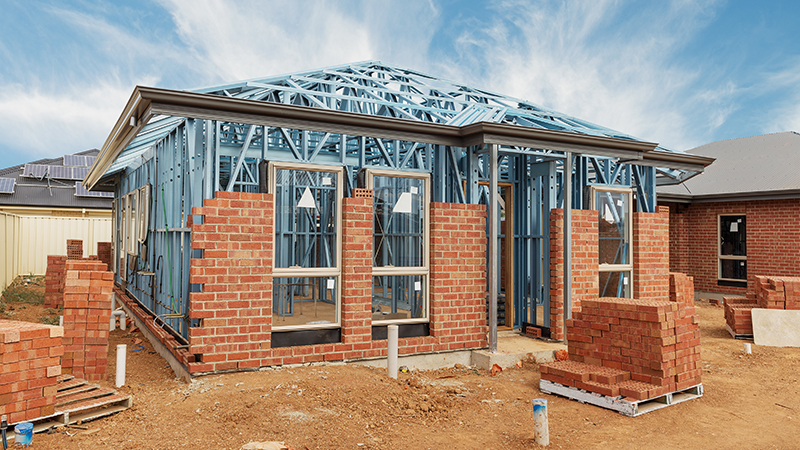 As another major builder hit the wall this week, a peak industry bosy has called for a national crisis summit to address the issue, including new data showing building costs have skyrocketed.

As another major builder hit the wall this week, the peak body representing the interests of 2.5 million apartment and unit owners in Australia has called for a national crisis summit to address declining confidence in the residential construction industry.

Perth-based companies Home Innovation Builders and New Sensation Homes have just joined a growing list of builders to collapse in 2022.

Material and labour shortages, soaring costs and issues with fixed-price contracts that fail to accommodate inflationary pressures have taken their toll on the construction sector.

Australian Apartment Advocacy (AAA) head, Samantha Reece, said apartment owners have lived through a “nightmare of issues” over the last three years, since the last election.

“The new Federal Government has got to sit down and address the problems that confront the apartment and home unit sector,” Ms Reece said.

“There are too many builders cutting corners in the current housing boom and too many builder collapses that have left apartment and unit owners with voided warranties and defect nightmares and no recourse for getting their properties fixed.”

Ms Reece said there was serious concern within the apartment and home unit sector that more building collapses, like PROBUILD last month, would happen over the next 12 months as construction companies battled supply shortages and uncertain prices.

It was the highest annual growth rate on record outside of the introduction of the GST (10.2 per cent over the year to March 2001).

The CCCI quarterly growth rate reaccelerated in the first quarter of 2022 to 2.4 per cent, more than double final quarter of 2021 (1.1 per cent) but below the 3.8 per cent surge over the three months to September 2021.

“Timber costs continue to rise, with cladding, decking and other timber items affected,” he said.

“Steep rises in metal prices are also now flowing through to the market, with structural steel, fixings and metal components hit hard.

“We continued to see volatility in the rest of the market, with imported products the most vulnerable due to elevated shipping costs.

“Rising fuel costs are also on the radar and we have continued to see further increases in the cost of other materials,” Mr Bennett said.

Around 50 per cent of all new apartments are facing significant defects.

Western Australia’s CCCI rose 2.4 per cent over the March quarter and 9.5 per cent annually, significantly higher than the state’s decade average annual growth rate of 4.2 per cent.

Queensland’s CCCI increased 2.2 per cent over Q1 2022, the lowest of the states. The sunshine state’s annual growth is now at 8.7 per cent.

South Australia recorded the highest quarterly and annual growth rates of the states, as 2.5 per cent and 9.8 per cent growth respectively.

Builders taking short cuts and looking for cheaper but often inferior products were undermining confidence in the quality of new builds.

AAA’s Ms Reece said there was serious concern within the apartment and home unit sector that more building collapses would happen over the next 12 months as construction companies battled supply shortages and uncertain prices.

“Builders are turning to China for cheaper materials and over the last three years we have seen substandard electrical cable installed that has led to appliance fires, substandard glass that has cracked, fallen out or shattered in apartment buildings and other cladding products that have included asbestos, all from China.”

Ms Reece said industry and academic reports during the last three years had all shown substandard building standards with around 50 per cent of all new apartments facing significant defects.

“In New South Wales they have established the officer of Building Commissioner to address these problems and that has been a very important initiative,” she said.

“The cowboy builders in New South Wales are feeling the heat and that needs to happen in every other State and Federally.

“Insurance costs for apartment and unit owners are also a sleeping giant.”

In Western Australia, which has had more than its share of building company collapses, the Master Builders Association of WA has called on the State Government to facilitate the entry of skilled overseas workers into Western Australia to address the significant skills shortage hammering the industry.

John Gelavis, Executive Director of the MBA in WA, said price increases on materials outside the builders’ control has created a situation with potentially dire consequences, especially for those under certain private or government contracts whereby the opportunity to pass on cost increases are limited.

“If changes are not made immediately, then it is very likely hundreds of builders in WA are at serious risk of irreversible losses,” he said.

“If this crisis does occur, it will leave tens of thousands of employees, suppliers and sub-contractors with significant losses, and builders seeing their businesses, including many that are family owned and operated no longer in existence.