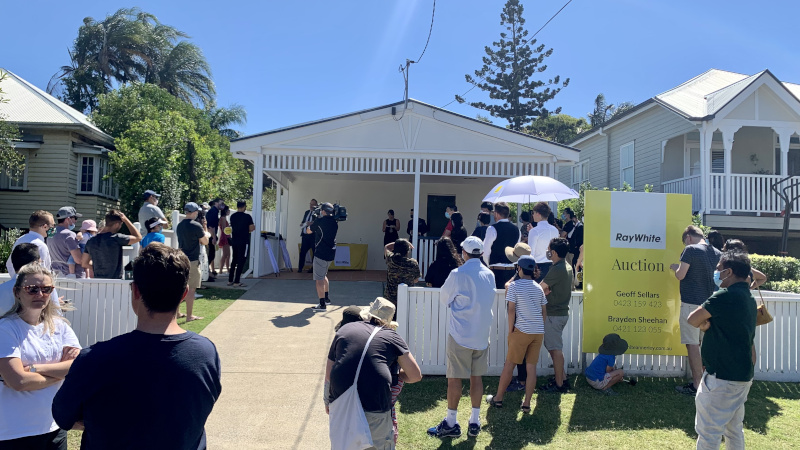 South East Queensland and outer suburban areas have dominated a list of Australia’s most contested property markets, where auctions are attracting hordes of active bidders, motivating sellers to start to mobilise.

South East Queensland and outer suburban areas have dominated a list of Australia’s most contested property markets, where auctions are attracting hordes of active bidders, motivating sellers to start to mobilise.

Across the country, the average number of active bidders hit an all-time high in September of 4.1, with an imbalance between supply and demand continuing to fuel price growth.

Bidding activity was even higher in the 10 most contested markets, ranging from an average of 6.6 bidders in Epping, NSW, to 9.6 average active bidders in Brisbane’s Mansfield.

“The Central Coast is an area that has seen very strong demand primarily from people from Sydney, driven by people working differently and also by demand from people looking for holiday homes,” Ms Conisbee said.

“We’ve also got Mansfield and Wishart; Brisbane is doing really well at the moment in terms of population flows and also price growth.

“Mansfield and Wishart are both near a very good public school, so that’s been a driver there.

“And then you have got places like Blackburn North in Melbourne and also Epping in Sydney, and they are located in outer suburban areas.

“So I think this trend of people wanting outer-suburbia and regional areas is still continuing.

“Marsden is a very cheap suburb in Brisbane, and I think there might be an emergence of investor activity,” she said.

“A lot of these suburbs are quite expensive and Marsden is quite affordable.

“We know that investors are back in the market and South East Queensland at the moment is a top pick, primarily because of all of those population flows that are moving up there.

“We’re seeing it in the housing finance data; investors were pretty quiet at the beginning of the pandemic and they’ve roared back in, and as a result, we are seeing a lot more of them out there looking to buy property.”

The big takeaway from the data, Ms Conisbee said, was that outer suburbia and regional areas remained the top choice for most of the nation’s property buyers.

For investors looking to buy in these in-demand suburbs, Ms Conisbee cautioned that the rampant price growth that’s occurred in the past 12 months was likely to moderate in 2022.

“The market hasn’t slowed yet, we are continuing to see very strong price growth but we do have restrictions to finance that are starting on the first of November, which will impact the rate of growth in prices particularly in lower cost areas,” she said.

“The restrictions will impact anyone who is borrowing up to their absolute limit.

“If you look at first homebuyers, they often borrow up to their limit, as do some investors.

“The investors that will be impacted are those who are already highly-leveraged, I think that’s probably the problem area.

“But investors are very diverse, and some of them won’t be impacted at all by the restrictions – a first-time investor would be more impacted than someone who has built up a portfolio of properties.”

Another factor likely to put the brakes on price growth is additional supply, with sellers in Sydney and Melbourne in particular expected to flood the market in line with the easing of coronavirus-related restrictions.

Ms Conisbee said listings across Ray White Group this week were 14 per cent higher than the same time last year, an indication that increased numbers of sellers are looking to cash in on the rampant buyer demand.

“September was probably the peak for buyer demand, October will be high as well, and going into November we are looking at a very late Spring selling season for Sydney and Melbourne, and a lot of properties coming to market will be great news for buyers,” Ms Conisbee said.

“One of the real challenges for buyers has been that it’s been a seller’s market for the last 12 months, sellers have had total control and more supply would put more power into the buyers’ hands, which is great news.”