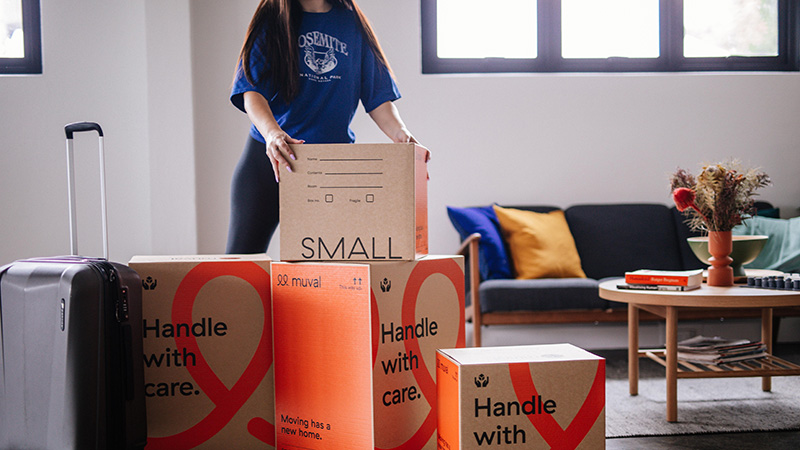 The positive outlooks for the Brisbane, Adelaide and Perth property markets have been reinforced by data suggesting the exodus of people from Sydney and Melbourne is continuing unabated.

The positive outlooks for the Brisbane, Adelaide and Perth property markets have been reinforced by data suggesting the exodus of people from Sydney and Melbourne is continuing unabated.

Online removalist booking company Muval found that people are still deserting Melbourne and Sydney, albeit in lesser numbers than over the past two years.

The ABS was due to publish its latest estimates last week but cancelled the release citing an unusually high number of Medicare address updates due to mass COVID-19 vaccinations.

James Morrell, CEO of Muval, said that after mass departures during prolonged lockdowns, Sydney and Melbourne’s net migration is bouncing back gradually.

But it’s a slow turnaround.

In Sydney, net migration is sitting at -47 per cent (year ending 30 November 2021), which is an improvement from August where that number was -58 per cent, with Sydneysiders looking to move to smaller cities like Brisbane and Perth in the midst of the lockdown.

The new data shows Brisbane remains the most popular capital city, with a positive net migration of 78 per cent in the year ending 30 November 2021 (while down from 94 per cent on the previous month).

Since Melbourne’s reopening, Muval has seen continued growth in requests for removalists to relocate Victorians to Brisbane.

Queensland’s south east corner stretching to the Sunshine Coast, Toowoomba and Gold Coast has seen the most action in terms of migration, especially from Melbournians.

Mr Morrell said the volume of removalist enquiries from this corner of Queensland surpassing the two biggest cities represented a major shift from pre-2020.

“This is similar in Perth, where the volumes were always typically quite low or seasonal but the consistency of enquiry and demand for removalists has been incredible to keep up with,” he said.

With this influx of migrants comes greater stress and pressure on local infrastructure.

“Considering the large inbound moves we’ve seen to Brisbane, Sunshine Coast and the Gold Coast, we might expect the connectivity between these regions, and also places like Bundaberg, Rockhampton, Townsville and Cairns, will improve as more people work from home and commute as needed,” Mr Morrell said.

Dr Elin Charles-Edwards of The University of Queensland said decentralisation of Australia’s population away from cities to regional Australia has been a longstanding government policy objective.

“Since March 2020, the pandemic has expedited what decades of decentralisation policy has aimed to achieve, namely Australians migrating internally to regional areas.

“The potential positives to decentralisation include lower congestion in cities and economic growth in regional Australia but the challenge of increased demand for housing and services in regional areas includes preserving the very lifestyle that makes regional Australia attractive in the first place,” Dr Charles-Edwards said.

With increasing requests for removalists both locally and interstate, it’s likely property price volatility will continue until Aussies settle into what might be a ‘new normal’ or relocate to more affordable locations.

Mr Morrell said that beyond property price impacts, there are big implications for energy, telecommunications and insurance providers, who often switch providers when they move.

“Research commissioned by Muval this year found that nearly a third of people say they’re likely to change their home loan product when moving house and over half said they would change their electricity and/or gas service and products, while 36 per cent per cent of Aussies will change their home insurance products when they move,” he said.

Low vacancy rates, a lack of listings and strong price growth in Adelaide has attracted an influx of Sydney and Melbourne investors.

While South Australia’s regional areas leak people to the city’s suburban fringes, returning expats were also pouring back into the City of Churches.

Lord Mayor of Adelaide Sandy Verschoor said expats from overseas and across Australia have been drawn back to Adelaide thanks partly to its green spaces and central parklands that have taken on a new importance during lockdowns.

“The pandemic has brought work and lifestyle balance into focus and Adelaide has benefited from that,” Lord Mayor Verschoor said.

“The city is consistently rated in the top 10 cities in the world to live thanks in part to how safe it is to live here.”

Australian Bureau of Statistics data updated last week shows Greater Adelaide is now home to 77.8 per cent of the state’s population, while almost all of the major growth areas outside of the city are within a 90-minute drive.

In Western Australia, jobs are driving the economy, a buoyant property market and migration into the state.

WA was the only state to experience a fall in the unemployment rate, which is now at least 1.2 percentage points lower than any other state.