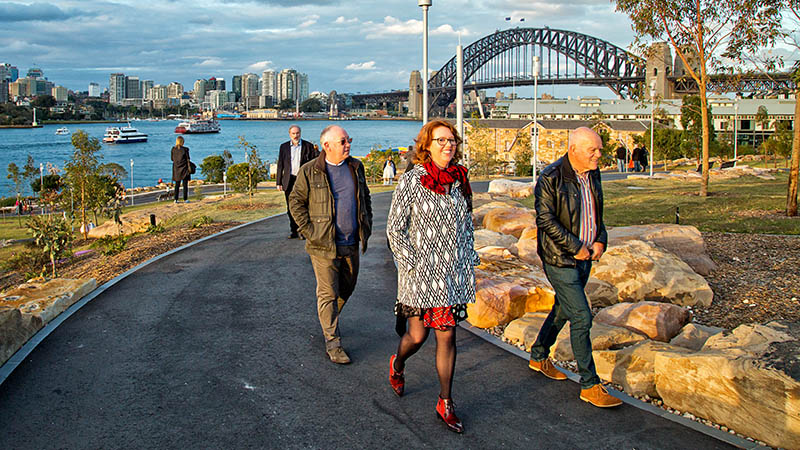 When the annual global liveable cities lists are published each year, Australia’s state capitals invariably feature prominently in the top 10.

When the annual global liveable cities lists are published each year, Australia’s state capitals invariably feature prominently in the top 10.

But if you were to ask a commuter stuck on Melbourne’s Tullamarine Freeway or commuter from a Sydney satellite suburb taking a train, two buses and long walk through a treeless estate of new houses, you might find their assessment a little less complimentary.

Bringing improvements and innovation to our cities and suburbs is the focus and mission of world-renowned urban planner Mike Day.

He seemingly has more positions to his name than Seek throughout his 30-plus years in planning and design and has led the Hatch RobertsDay design teams on a range of urban renewal and new township projects across Australia, the United Arab Emirates and Asia.

Speaking to Australian Property Investor Magazine, Mr Day discussed the challenges facing, and progress being made by, Australia’s capitals in transforming into modern, free-moving, environmentally and socially functioning cities.

The larger and longer-established populations of Sydney and Melbourne presented the biggest challenges, with Perth, Adelaide and Brisbane leading the design race.

“Australia’s smaller cities are more progressive in terms of urban design and overall liveability and are recognised as such in the top 10 most liveable cities in the world,” Mr Day said.

He cited the “fantastic” new infrastructure projects underway that are transforming cities and lifestyles, such as the Fitzgibbon Chase and Varsity Lakes contemporary urban neighbourhoods in Queensland, numerous mixed-use projects on the Sunshine Coast, the Jindee coastal project in Western Australia and the Renewal SA and Walker Corporation Riverlea projects in Adelaide.

“The main issue for the bigger cities of Sydney and Melbourne is that they are both heavily populated and growing rapidly, which leads to problems with congestion, long commute times and affordability.

“The current property boom is pushing residents into the outer suburbs, most of which are conventionally designed with residential areas separate from shopping and business areas, leaving outer city areas disconnected and entirely car dependent.”

Sydney, Melbourne on the move

While Adelaide stole the show locally, ranking as the third most liveable city in the world for 2021, Melbourne had held the title for seven years and was in second place in 2019.

The Victorian city has now dropped to eighth and Sydney sits just outside the top 10 by one spot.

But each city has a long-term plan in place to address the congestion, natural habitat decline and car reliance that blight their records.

The ten most liveable cities in the world

“The right strategies are in place to ensure we can create transit-based, compact, mixed-use, walkable and cherished neighbourhoods in the outer suburbs,” Mr Day said.

The COVID-19 pandemic has reinforced a public awareness that populations need to have the ability to function and live well locally.

“The ability to live, learn, recreate and work in our local neighbourhoods is paramount.

“It became evident during the pandemic that the most resilient, sustainable neighbourhoods are those where residents can live and meet their daily needs without relying totally on the car for transport.”

He said the Victorian strategy focused on people being able to meet most of their daily needs within a 20-minute return walk from home. Other states were also striving to achieve more walkable and cycle-friendly cities.

“In South Australia, the government has developed the ‘30-Year Plan for Greater Adelaide’, focused on creating a new walkable urban form with a pronounced shift away from continuing the urban sprawl to building a more liveable, competitive and sustainable region.

“Canberra has also recently introduced a light rail link to Gungahlin on the northern fringe of the city, which in turn is fostering transit-based, walkable urbanism.”

The City of Sydney’s new Planning Strategy emphasises a move away from CBDs, something Mr Day believes could see Sydney lead Melbourne.

An ardent advocate of planning shifting from single-use zoning and infrastructure to mixed-use urban alternatives, he said that post-pandemic, cities will need to draw people back downtown by balancing commercial development with ‘mixed uses’. This included hotel and visitor accommodation, cultural uses and retail alongside residential living.

The Central Sydney Planning Strategy correctly identifies this, he said.

“Planning mixed-use transit boulevards that prioritise pedestrian, e-mobility and other forms of sustainable transport will also help to bring life back to urban and suburban areas.”

“Sustainable urban design will reduce our reliance on cars, in particular mixed-use, transit-based, walkable neighbourhoods that are designed to minimise the need to drive enabling residents to access daily needs.

“The next evolution in urban mobility will be shared autonomous electric vehicles, electric bikes and e-modes of micromobility.”

Cars are not just an environmental issue but are also a major domestic expense.

RACV and RACQ have estimated that a four-cylinder car costs in excess of $10,000 per year to own and maintain, which is enough to service a $200,000 component of a mortgage.

A keen adherent to the UN’s Sustainable Development Goals, Mr Day said Australia can go a long way towards meeting its international commitments by creating mixed-use, walkable and cyclable neighbourhoods.

“Ensuring those members of the household that don’t have access to the car – young children, teenagers, the elderly and people of modest means – can access their daily needs, without relying on the car, can play a powerful role in ensuring we are dedicated to considering the fragility of the planet, making more sustainable places for humans and safeguarding nature,” he said.

“The creation of more sustainable urban neighbourhoods will have a profound impact on ensuring our metropolitan areas are significantly more affordable and liveable.”

University of New South Wales research has shown that a light coloured roof can reduce temperatures inside the home by up to 10 degrees during a heatwave.

To help reach its target of net zero emissions by 2050, NSW Planning Minister Rob Stokes said his government intends to legislate policy compelling builders to use light roofing colours in all future housing and developments.

Mr Day said these plans were commendable but did not go far enough.

“Increasing street tree canopy cover to 25 to 30 per cent will not only encourage greater pedestrian movement, improve health and wellness, but also bring down ambient temperatures.

“Urban developments should introduce small streets at the rear of dwellings, reducing the need for driveways to access garages at the front of houses, and enabling uninterrupted pedestrian movement and continuous tree canopy cover on frontage streets.”

Asked how ready the Australian electorate was to make these issues a political priority, Mr Day said there was enough support across the political spectrum to prompt governments of any persuasion to act.

“Urban design and liveability are issues affecting everybody, and they’re particularly important in the populated outer areas of our cities, which have become increasingly car dependent, dominated by separated land uses and limited pedestrian access.

“It’s about providing liveable, workable, beautiful environments, but we need to ensure we implement good urban design and town planning strategies to all areas of our cities.”