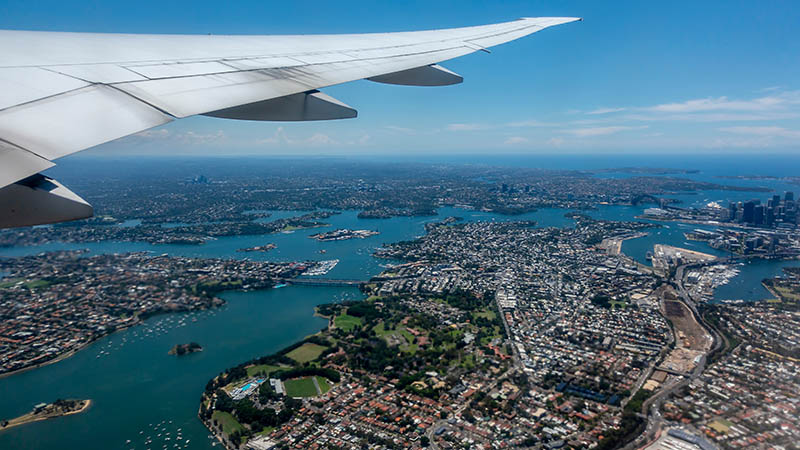 In less than a week, Australia’s international borders will reopen and Australia’s economy – and property markets – will enter a new phase.

In less than a week, Australia’s international borders will reopen and Australia’s economy – and property markets – will enter a new phase.

The relaxation of international border restrictions will bring with it an influx of tourists and international students and workers, and make it easier for tens of thousands of expatriate Australians to return home permanently.

Incoming travel will have major implications on property markets around Australia, with inner city Melbourne, Perth, and outer suburbs in Melbourne and Sydney poised to benefit the most from higher demand.

Renters already confronted by soaring rents and vacancy rates tighter than the West Australian state border could be in for more pain, as students and others return to inner cities and suburbs neighbouring university and TAFE campuses.

Whether the return of this diverse cohorts of buyers overcomes the unexpected downward pressure on property prices from rising interest rates, affordability issues, and savings again being diverted to travel, is yet to be seen.

At the very least, increased travel will generate more foreign property investment and greater interest in property from the imported workers needed to tackle the country’s workforce shortages.

“International students and returning expats will be the major cohort, with cities like Perth benefiting from business visa holders due to the high-paying jobs available in the mining sector and severe skills shortages enticing overseas technical experts,” Mr Groves said.

“Brisbane, Perth, and the outer suburban fringe in Melbourne and Sydney are likely to benefit most from the influx.

“A lag in construction due to skills and materials shortages will likely lead to a spike in demand and values, before settling around mid to late 2023,” he said.

While most capitals and major regional centres stood to generate higher property demand, Hobart, Adelaide and Darwin were the least likely to be substantively impacted, he added.

Mr Groves said the pent-up desire to travel could see people with sizeable cash reserves in the bank making an exodus.

“That does drain the bank account somewhat and home balance sheets do make an impact on people’s property purchasing decisions — if they’re feeling less wealthy because there’s not as much money in the coffers, they tend not to transact in real estate.”

But foreign buyers have been eschewing Australia’s highly regarded education sector and lifestyle advantages for other English-speaking markets. The wend to border restrictions could finally turn around years of declining foreign property investment.

Lily Chong, Director of IQI Australia’s Perth-based real estate agency, which has strong international market connections, said a combination of migration, education, holidays and investment would have major implications for the property sector.

“Look for a tightening of rental availabilities in suburbs most attractive to students and foreign expats and growing transaction volumes for new developments in the major cities, as foreign buyers snap up newly built homes.”

“Property prices in Perth will fare better in 2022 than last year, while markets in Sydney, Melbourne, Brisbane and the Gold Coast are likely to continue to grow in 2022 but at a declining rate.

“Sydney and Melbourne are the top destinations for foreign buyers, followed by Brisbane, Gold Coast and Perth,” Ms Chong said.

An influx of workers into Australia looks assured.

All these people need somewhere to live, whether renting or buying.

Dan Sofo, Director of Unicorn Buyers Agents in Sydney, said he was anticipating the surge in demand to come in waves propelled by the various cohorts of buyers and renters, namely backpackers, foreign students, permanent migrants and foreign investors.

“The key areas to benefit first will be those with properties appealling to investors around universities, hospitals, and seasonal accommodation rentals, beachside suburbs, and areas attractive for the short-term rental market,” Mr Sofo said.

“Then as we see the skilled migrants look to put down roots, properties in the lower to median affordability range, such as middle and outer rings of Melbourne and Brisbane, should see increased activity.

“The Sydney CBD has been out of favour for quite some time, so I wouldn’t be surprised to see an uplift in sales activity there until prices become more aligned with market forces.”

Mr Sofo said the tone of the Federal Government had changed with respect to recognising that skilled migration needs to play a critical part in Australia’s economic recovery.

“Many more pathways have been opened for migrants to stay permanently, including skilled regional visas focused on attracting migrants to regional areas.”

Overwhelming the recent falls in foreign investment and travel-related demand have been low interest rates, reduced household spending during lockdowns, government home buyer incentives and a boom in first homebuyers.

But changes to this landscape appear imminent and inevitable.

The RBA and APRA have indicated that interest rate rises and a tightening of home loan lending are around the corner.

Property consultant Zaki Ameer, whose consultancy DDP Property has offices in Australia and Dubai, said Australia’s relatively sound management of the COVID crisis had endeared it further to overseas investors.

“I expect to start seeing a decline in demand for property by local buyers over the next two years mitigated by an increase in overseas investors,” Mr Ameer said.

“Many internationals are cashed up and do not require mortgages and want a safe haven to invest their money into, including assets such as Australian property, using cash,” he adds.

This occurred across 2015 and 2016 when many international investors bought into Australian property. It did though raise red flags among government security agencies that Australia was being used to launder money and keep it safe in Australia.

“As much as overseas buyers are interested in Australian property, they will have to jump a lot of government hurdles to demonstrate the money they are investing is from legitimate and legal sources,” Mr Ameer said.

How quickly international investors returns still depends, of course, on COVID, he said.

Many Asian countries are still struggling to conquer the pandemic’s challenges and China’s restrictions to control the virus there are unlikely to be removed in the near future.

Australia is also seen to be the third most expensive housing market in the world, after Hong Kong and New Zealand, according to researchers Demographia.

“Regardless, I see demand for Australian property by overseas investors growing later this year and beyond, especially in the capital cities of Melbourne and Brisbane as well as wider areas of Victoria and Queensland,” Mr Ameer said.