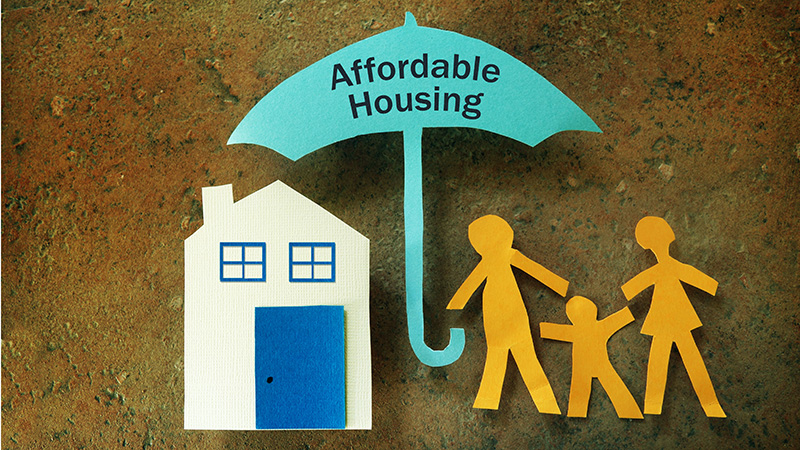 Housing density, stamp duty, superannuation, and boosting supply were the centrepieces of a federal inquiry into housing affordability but one major factor was ignored.

Everything it seems was on the table. Everything except negative gearing.

The Australian Dream: Inquiry into housing affordability and supply in Australia has been released, offering up a range of recommendations for the Federal Government to improve the current market squeeze.

Federal MP Jason Falinski called home ownership “one of the building blocks of Australian society” but said it had been run by two often opposing tribes.

The report’s release coincides with Australian Bureau of Statistics data showing prices nationally rose by 23.7 per cent through 2021, the fastest rate on record.

In the Australian housing policy arena, Mr Falinski, the committee Chair, said in the report that the first tribe “consists mainly of planners and academics, who believe that the problem is the tax system that has turned housing into a speculative asset, thereby leading to price increases.”

“Furthermore, this tribe believes home ownership is an overstated social good and people should instead allocate their financial resources elsewhere and concentrate on secure long-term rentals.”

The second tribe, he said, “believes planning, the administration of the planning system and government intervention have materially damaged home ownership in Australia.

The report recommended that housing density around transport hubs in major cities increase.

The federal government would also pay the states and local councils to boost supply under contentious proposals aimed at taking pressure off the nation’s property market.

Given the history of past scare tactics when the political hot potato of negative gearing has been raised, it is seemingly still off limits.

Mr Falinski has acknowledged that this tax break for property investors pushes the price of housing up by as much as 4 per cent but defended it, saying the diversity of ownership it creates is good for the country and the economy.

The report was tabled in Parliament on Friday and is set to recommend negative gearing be retained while recognising the measure’s detrimental effect on housing affordability.

The Housing Industry Association (HIA), which estimates Australia must build 1.66 million houses by 2030 just to keep up with the demand from population growth, welcomed the report.

“We are pleased to see further recognition of the impact the high impost of upfront taxes and charges have on the affordability of new homes.

“Stamp duty is one of the most egregious offenders,” HIA Managing Director, Graham Wolfe, said.

“Support from the Australian Government will enable states to accelerate reforms to remove this tax.

“The recommendation that states reverse the bracket creep that has seen stamp duty costs skyrocket in recent years is also important recognition of the direct impact this tax has on housing affordability.”

Replacing stamp duty with an annual property tax … is essentially a rebranding exercise.

“While there is no single solution, increasing the supply of property is the most important action with the potential to have the greatest impact,” he said.

“The planning system in NSW is nothing short of atrocious – it is typical for it to take longer to be granted development approval than it takes to complete the construction phase of the project.

“Other recommendations around property tax reform, and replacing stamp duty with land tax, are not new.

“Stamp duty is clearly an enormous barrier to affordability but all three levels of Government are overly dependent on property tax.

“The combination of this dependency adds more than 40 per cent to the cost of new property paid by the purchaser.

“Replacing stamp duty with an annual property tax does not remove Government’s dependency on property tax – it is essentially a rebranding exercise.”

Stamp duty was also a major focus of the Real Estate Institute of Australia, with President Hayden Groves saying he supported a national strategy on stamp duty.

“Stamp or transfer duties now total on average 4 per cent of the cost of a home,” he said.

“A coordinated national approach is needed to phase out this antiquated tax that prevents Australians from moving houses and getting new jobs.”

Mr Groves said productivity incentives and innovations for State Governments to enable supply are greatly needed as is a review of the build-to-rent sector and moves to provide more rent-to-buy stock for Australia’s key workers.

The nuts and bolts

The report contains the following recommendations: