Undeterred by property prices in Melbourne and Sydney coming off the boil or the threat of higher interest rates, expatriate Australians are continuing to snap up prestige properties.

Undeterred by property prices in Melbourne and Sydney coming off the boil or the threat of higher interest rates, expatriate Australians are continuing to snap up properties priced considerably higher than median city values.

Helen Avis, the SMATS Group Director of Finance, said the expatriates that had recently returned to Australia were moving from rentals into their own properties and could afford prestige real estate in highly sought-after areas.

“The $2 million to $4 million bracket has been very active as expats plan their eventual return and want to buy the future home, or move from their temporary rentals having recently returned,” Ms Avis said.

The recently-name finalist in the national Better Business Awards, in Best Residential Broker category, said she had also seen a lot of buyers targeting regional areas, holiday locations and the holiday home market.

“There’s very little investor or expatriate interest in CBD city apartments – that market has dried up – but there is still a lot of demand for luxury apartments as well as houses in the higher-priced suburbs.”

The first quarter of the year has seen Australian dwelling values rise by 2.4 per cent, less than half the pace of the same period last year.

But expatriates seeking a home rather than an investment can afford to pay the premiums that two years of rapid price growth has delivered and are not phased at the prospect of higher interest rates.

Not waiting for the Reserve Bank of Australia, Australia’s third and fourth largest banks, NAB and ANZ, on Friday (1 April) hiked fixed rates by up to 0.40 percentage points.

“We have seen all banks raise fixed rates so many times in the last six months and I expect the RBA will raise rates from June,” Ms Avis said. 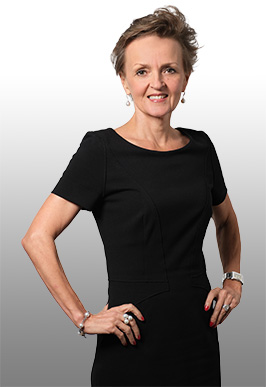 “I don’t think they want to raise them and then continue to raise them regularly, so it should be a slow progression, but the market is expecting interest rates to rise.

“All borrowers are assessed at 3 per cent over the benchmark rate, so it shouldn’t put stress on people’s ability to maintain their loans.

“With the borders just opening back up, we should have a two-year backlog of intended migrants, expats and international students start to push up the rental market as well as CBD sales.

“The intended migrants will likely rent to start off with, but most will likely want to buy, so demand will again be strengthened.”

Ms Avis said SMATS Group’s aussieproperty.com had clients looking at all states’ markets but Queensland was generating the most interest.

Sydney, Melbourne, Perth and the West Australian southwest were also on the radar of returning expatriates, she said.

The Better Business Awards seek to champion the leading players of the broking industry in each state and territory of Australia.

Reaching the finalists stage is regarded as an incredible achievement across the Australian broking industry, showcasing the depth of dedication and commitment each individual and team brings to advancing the industry.

Ms Avis said she was humbled to be recognised and proud to be named as a finalist. Winners are announced at a ceremony on 19 May.