Sydney’s western suburbs have clearly reported the highest number of house sales over January at 487, followed by: 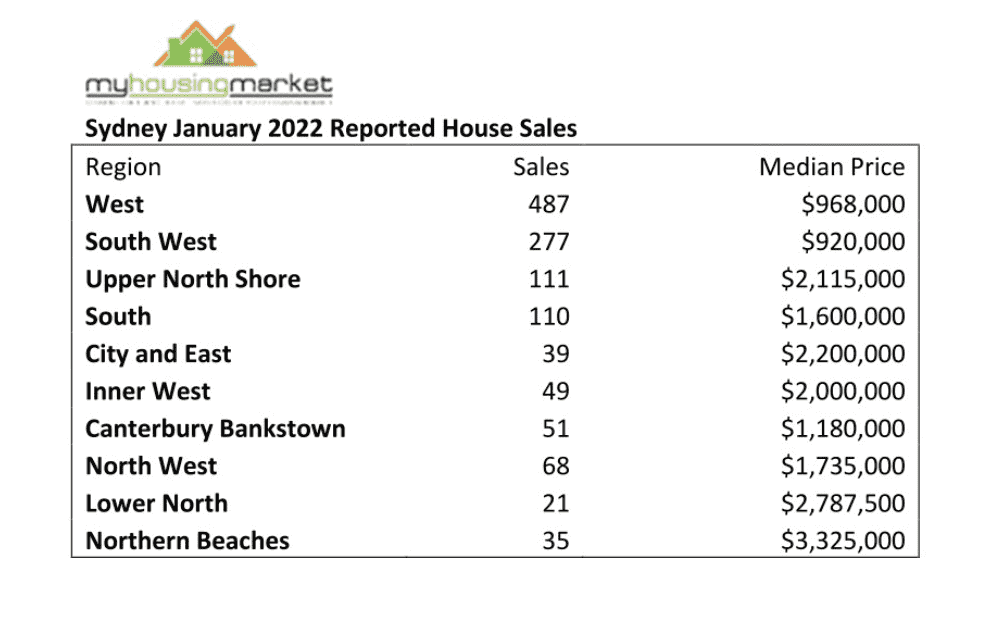 Although current median house prices in Sydney’s popular West and South West regions are a just under $1,000,000, they remain well below those recorded in Sydney’s inner suburban regions.

The top Sydney suburbs for house sales reported over January are Box Hill, Schofields, Blacktown, Austral and Marsden Park – all in the West and South West. 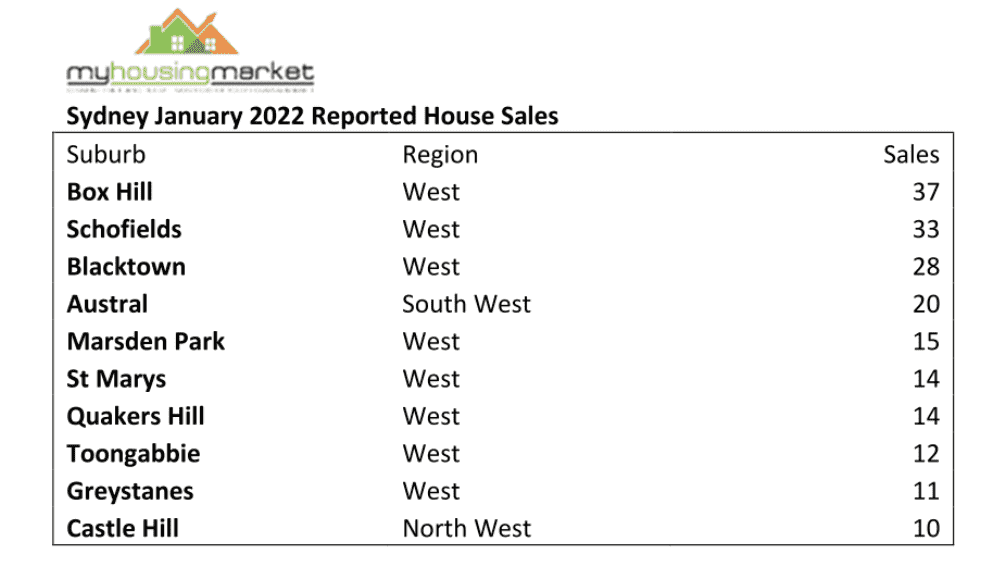