While a lot is written and discussed what is currently happening to our property markets and what’s going to happen in the future, have you ever wondered what’s happened over the last 30 years?

Well..to celebrate Aussie’s 30th anniversary, they looked at 30 years of property trends between December 1991 and December 2021.

Data was gathered for 2,370 suburbs across Australia, with most of the coverage concentrated in the capital cities.

High-end housing values then vs now

Sydney’s Vaucluse has maintained the most expensive, high-end value between these two periods, with the top 25% of dwelling values starting at $980,478 in 1991.

This is perhaps unsurprising given the geographic advantage of the suburb, which showcases views of the Harbour Bridge and Opera House to the west, and ocean cliffs on the eastern border.

Source: CoreLogic data showing the most expensive, high-end suburb markets in 1991 versus 2021.

The middle of the market then vs now

Of the 2,370 suburbs analysed across Australia, the middle of this dataset was ranked between the 1,183rd and 1,188th places.

As of 2021, suburbs that typify the ‘middle’ of the market have seen average dwelling value increases of 406.9% over a 30 year period.

Source: CoreLogic data showing the middle of the market median values in 1991 versus 2021.

Entry-level suburbs then vs now

The ‘entry-level value is the 25th percentile valuation across dwellings in the suburb.

In both 1991 and 2021, the most affordable suburb markets across Australia were recorded in parts of Queensland and Western Australia.

Many of these suburbs are rural, regional areas, with values that are often heavily impacted by resource-based projects and employment.

Source: CoreLogic data showing most affordable entry-level markets in 1991 versus 2021.

ABS migration data shows the combined eastern states population increased 50.1% (or by around 6.9 million people) between December 1991 and June 2021.

The eastern states accounted for 81.9% of Australian population growth during this period. 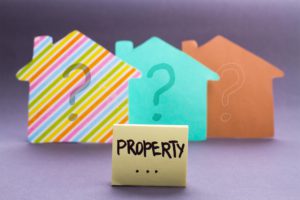 As the population of the eastern state has grown, increased housing demand is likely to have been concentrated in desirable coastal markets, particularly those in reasonable commuting distance to major metropolitan hubs, such as the Central Coast, the Sunshine Coast and the Mornington Peninsula.

Between March 2020 and December 2021, normalised remote work trends and a low mortgage rate environment have enhanced demand for coastal property.

What’s on the horizon?

The Aussie report concludes that while interest rates may be on the rise in the coming months, it’s important for prospective homebuyers, homeowners and investors to remember that property is a long game.

And clearly, the growth of the Australian property market as explored through this report highlights this fact.

“Whether you’re a first home buyer aiming to get a foot on the property ladder, or a seasoned investor looking to expand your portfolio, it’s important to have the right long-term strategy in place.”

Of course, that’s what we’ve always recommended at Metropole.