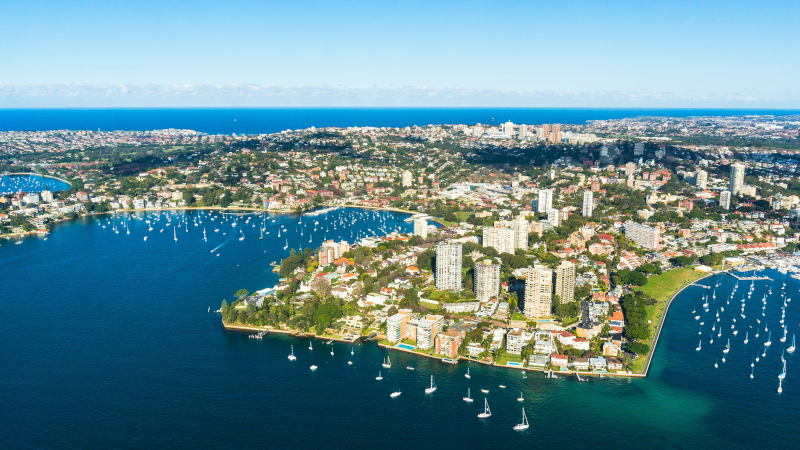 Affordability pressures are likely to increasingly push Sydney buyers into units and apartments over the next 12 months, but where should they be looking and what suburbs are better placed for investment success?

Fundamentals are aligning for an uplift of activity in Sydney unit markets, with international borders set to be swung open and affordability constraints combining with lending restrictions to push buyers towards multi-residential dwellings.

But acknowledging that not all markets are created equal, and many apartment and unit owners are still reeling from plunging rents over the pandemic, which suburbs are better placed for investment success?

Analysis by RiskWise Property Research and buyers agency aggregator BuyersBuyers may have provided a clue; suburbs that have the greatest price difference between units and detached houses are likely to deliver strong price increases in the near future.

RiskWise chief executive Doron Peleg said the strongest unit and apartment price rises were likely to come in the eastern suburbs, in locations such as Vaucluse and Bellevue Hill.

But the research also indicated suburbs in the inner west such as Strathfield and Summer Hill could be in line for similar quick gains.

“There is also a range of suburbs on the north shore and in the northern beaches, which look attractive from a unit to house price ratio, including Mosman and Cremorne, and some of the other premium locations,” Mr Peleg said.

“Median unit prices in the $1 million to $1.4 million price bracket, with a high land to asset ratio available on boutique unit block purchases, are relatively more accessible to the booming investor cohort.”

Top 15 Sydney suburbs to buy a unit in

BuyersBuyers co-founder Pete Wargent told Australian Property Investor Magazine that the research was initially based on the ratio of unit prices to house prices.

“It doesn’t necessarily follow that if the house prices in a suburb rocket that unit prices will follow in lockstep, but when you have got that dynamic of land prices trending higher very quickly then usually it is indicative of supply-constrained locations,” he said.

“The ones that came out at the very top of the list are the places you might expect; Centennial Park and Darling Point, which are basically unit markets where when you get new construction it is really just replacing existing stock and the uplift in stock is minimal.

“Part of our thinking was that APRA has just started to tighten lending criteria, mortgage rates are starting to creep up, and APRA is probably going to do more on higher debt-to-income borrowers and possibly higher loan-to-value ratio borrowers next year, so I think that’s going to force more buyers away from detached houses into units in Sydney.

“From an affordability perspective, even for dual income earners, prices are getting out of reach.

“Although not directly substitutable, I think that’s going to push more people into units next year.”

Mr Wargent said while rapid price growth would not begin in line with borders reopening in November, apartment and unit buying activity was likely to lift substantially in the New Year, which would push up rents as well as values.

“Technically there are flights from the first of November and I’m sure the early ones will all be full, but I think it will take a bit of time before we start seeing meaningful numbers in the property market,” he said.

“There are also still a lot of vacancies in the short-stay and student rentals markets near the CBD, so it might take a bit of time for those to actually fill up and put some upward pressure on rents.

“Rents for Sydney apartments have been pretty flat for four or five years now, and in some cases much longer.

“I think it will eventually start to become a numbers story but it will take longer than a month or two.

“If you are going to do it, I think now is the time, and the same holds true for Melbourne as well. Arguably, you can pick up some bigger bargains there if you are prepared to be counter-cyclical.”

But as with any property purchase, Mr Wargent urged investors to consider the location of their prospective purchase carefully.

“If it was me, I wouldn’t be buying in the CBD itself, but if you can get into those more supply-constrained markets like these, then I think now would be a good time to get in,” he said.

Another element crucial for investors, Mr Wargent said, was the size and amenity offered as part of the apartment development.

And while some may find this counter-intuitive, he said the apartment blocks that did not boast additional features such as swimming pools, gyms or cinema rooms were a better bet for investors.

“There are certain types of things you would generally look for as an investor; relatively modest body corporate or strata fees, and particularly at the moment as well, there has been a real shift away from blocks where you have got shared facilities like elevators, gyms that you can’t use and pools that you can’t use,” Mr Wargent said.

“I’ve got some sort of form on this, we bought a couple of units in Sydney a long time ago, and the thing is with strata fees, they never go down.

“If you’re paying for pools that people don’t use much, gyms and concierge services and all of the other stuff, it can actually be a constraint on price growth.

“Because when new buyers come in, if the strata fees are $2,500 a quarter, it’s like an ongoing tax on ownership.

“Some developers such as AV Jennings have recognised this and they deliberately build lower strata fee developments.

“I would say as an investor, most often you don’t want to be paying for all that sort of stuff, because it doesn’t necessarily get used all that much.”

Mr Wargent said smaller blocks of units and apartments were often lower maintenance than bigger complexes, a fact which should also be considered by those thinking about where to invest.

And rather than buying off-the-plan, investors should stick to established properties, Mr Wargent said.

“You can anger developers by saying that kind of thing, but statistically, the loss on resale by buying new units is statistically much higher than it is for established units.

“Whereas a unit that’s been thrown up in the last six months, who knows? There are a lot more things that could go wrong and a lot more unknowns.”